Home / Entertainment / Steve from “Blue’s Clues” sends reassuring message to fans: “I never forgot you. Ever.” 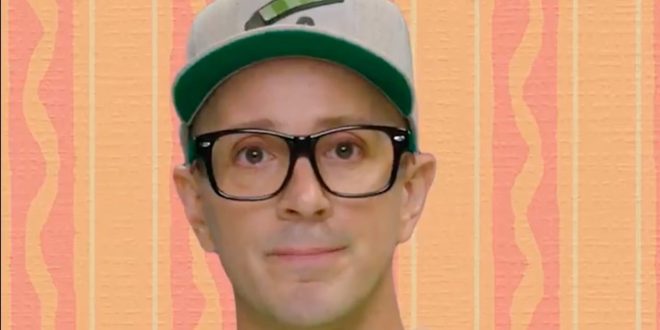 Steve from “Blue’s Clues” sends reassuring message to fans: “I never forgot you. Ever.”

After nearly 20 years, Steve, the original host of “Blue’s Clues”, returned to the network to provide his now adult audience with tearful, heartfelt words that many desperately needed to hear.

Blue and her owner, Steve, were a staple of children everywhere for many consecutive years. However, in 2002, after only four seasons, children were forced to watch the host himself abruptly exit the show with no closure.

He simply said that “Joe” would be taking over for him, and that he had to leave for college.

“Here is Joe, he is your new best friend,” Steve said on the show in 2002 before packing up his 2-D suitcase, and making his painful, tearful exit.

He begins by saying that he’s sorry that he left the show itself without telling the viewer about it or offering any kind of explanation.

Despite this, he sees how well that the audience had grown, and that they should understand that he went to college. Steve continues by saying that much of the money that was originally raked in by the show is still helping him today to fund his new adventures, wherever they may be.

“I mean, we started out with clues, and now, it’s what?” he says, “Student loans and jobs and families? And some of it has been kind of hard, you know? I know you know. Many young teenagers and adults grew up with the show, yes, but the fact that Steve had chosen this year to return and give his proper words of gratitude was sincerely heartwarming.

It’s the words of many Twitter users: “Steve came back at just the right time”.

After quarantine and the pandemic’s rough duration, users all over the internet are shedding tears over his statement of genuine kindness.

“Look at you!” Steve enthusiastically preens over the audience, providing many inner children with a glowing smile and a comforting voice.

“I guess I just wanted to say that after all these years, I never forgot you. Ever. And I’m super glad we’re still friends.”

The host gently reassures us all, as someone that they never expected to meet again in his special green shirt, with a special blue friend.

It was the perfect way to elevate the audience, and it was welcomed with a loving, warm reception by fans all over the world. During these dark times, a little love and care can go a long way, especially from a dear friend like Steve.

After this past year, now going on two, it seems more obvious than ever that we need to check on each other, give a little extra compassion and ask, “Are you okay?”

If this small message from an old star can make the internet collectively burst into tears together, then it seems like a good time to take the hint and try to carry on the good of Blue and our best friend, Steve.