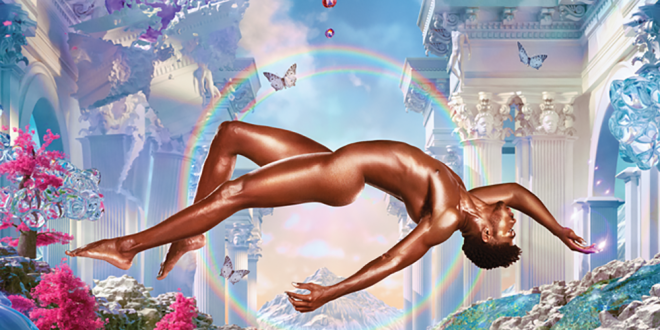 Lil Nas X bears it all for debut album, ‘MONTERO’

Sept. 17 was a wild day for the internet: after much anticipation—and plenty of strange maternity-style photos—singer/songwriter Lil Nas X finally released his first full-length album, ‘MONTERO’.

This album was highly personal for him, with songs on pain, grief, distrust and confidence. It was also star-studded with collaborations with other famous artists such as Miley Cyrus, Megan Thee Stallion and even rock idol Elton John.

After listening to the album and finding the meanings of each song, the review is in: this album has the potential to be a modern pop classic with a perfect mix of emotion and music. However, there are several songs that stand out immediately.

“MONTERO (Call Me By Your Name)” is the namesake of this album, and this song caused an incredible amount of controversy.

From the time it was first released as a solo song to its award as music video of the year, this song has been in the spotlight for him. It deserves every bit of its fame: it’s catchy and encapsulates the feelings of rejection and fear that turned into his new self-confidence.

“TALES OF DOMINICANA” is a mellow song telling the story about his broken home as a child.

Symbolism is mentioned often in this song, from the “inflatable bed” alluding to his poverty struggle to the “oceanless sea” of overwhelming thoughts. He sings about the expectations of growing up and how they often fail, and how he forces himself to live in the present so he doesn’t dwell on the past.

It’s an emotional song that showcases the theme of the album well.

“DOLLA SIGN SLIME” is upbeat and triumphant: A collaboration with artist Megan Thee Stallion that tells a much different part of the story than most of the album. This song is him bragging about the wealth he gained after the success of his first viral song, “Old Town Road”.

With two Grammys under his belt, his career skyrocketed, putting him on the level of Megan as a new viral artist. Together they created an iconic song about a shared joy and newfound wealth in music.

It may not make it as far as many hope, but it definitely has everything it needs to make it. It overall ranks an 8/10, as some songs did disappoint.

“ONE OF ME,” the collaboration with Elton John, failed expectations greatly, while “SCOOP,” Doja Cat’s collaboration, felt too repetitive.

Otherwise, it is worth all of the hype.

Previous Are you offended by these team names or just bored?
Next Chipotle is finally coming to Valdosta