Home / Entertainment / Celebrities endorsing vaccines. But does it help? 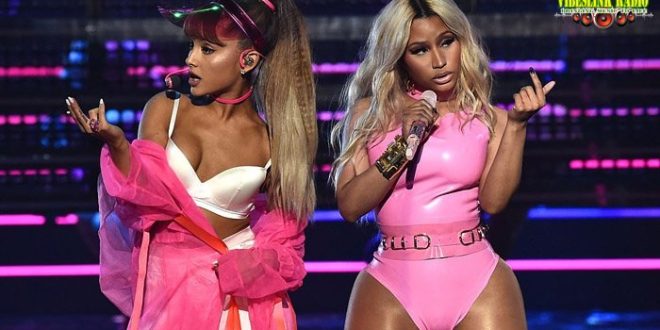 Celebrities endorsing vaccines. But does it help?

Ariana Grande is the latest celebrity to endorse her fans to get the COVID-19 vaccine. Many celebrities are endorsing the vaccine every day on social media.

Besides Grande, there are many celebrities speaking out with their personal opinion on why fans should or shouldn’t take the vaccine. Dwayne Johnson also known as “The Rock” took pictures the moment he took his vaccine.

Even though there are many celebrities endorsing the vaccine, there are also many mega super stars that are advocating against it.

One major superstar advocating against it is Nicki Minaj.

She first responded to fans that before she would go on tour, she would get the vaccine.

Minaj then posted about a “side-effect” that happened to her cousin’s friend in Trinidad. She stated that the vaccine gave him a concerning fertility-related problem where his testicles became swollen.

When asked about going back on tour and if her fans would see her more, Minaj said that she wouldn’t endanger herself or her child by taking the vaccine.

Even though Minaj is a major superstar, she has received some backlash from health officials.

According to CNN, Dr. Jayne Morgan, the executive director of the COVID Task Force at the Piedmont Healthcare Corporation in Atlanta,  said Minaj was “scientifically irresponsible” in her posts.

Morgan told CNN that her comments made their work more difficult by having to battle misinformation.

Celebrities are no longer afraid in this day and age to express their political views. Another  celebrity who’s not afraid to express their view on the vaccine is nighttime host Jimmy Kimmel.

Kimmel has made some controversial statements about the vaccine during his return to his show. During his monologue he made a few jokes responding to Dr. Anthony Fauci statement on if hospitals become over-crowded.

Kimmel joked that hospitals shouldn’t treat unvaccinated patients, and it shouldn’t be hard to decide between the two. He also called anti-vaxxers “pandimwits”, and then chastised them for using drugs used on horses and livestock to get rid of the virus.

Many senators and other celebrities gave their backlash to Kimmel’s tweets, stating it wasn’t his place to say these things.

Even though there are many opinions—especially from celebrities—on whether its right or wrong to take the vaccine, the final choice truly depends on the fans and what they feel is right for themselves.