Home / Entertainment / ‘Squid Game’: Fun and games, but at what cost? 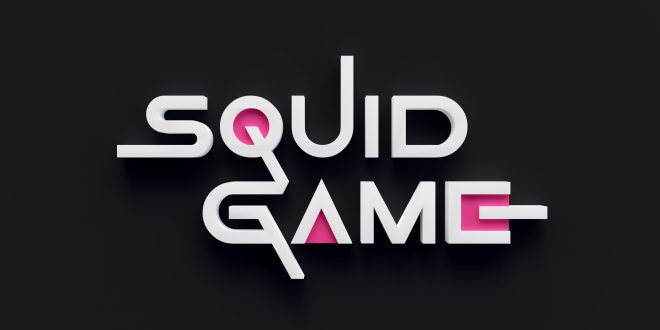 ‘Squid Game’: Fun and games, but at what cost?

Squid Game has quickly rocketed to the top of the ratings, becoming the most successful launch of a television show in Netflix’s history, according to their Twitter.

Following the story of a struggling gambling addict, Seong Gi-hun, who is enlisted to play a game of survival against others in dire constraints for an exceptional cash prize that could end his debts forever.

The issue is that these games, childlike as they may be, have deadly twists to them. They lead to a massacre under any attempts to play the staff, each other or the games themselves.

Under the threat of execution with everything to gain (₩45.6 billion to be exact, only compiling with every fellow players’ death) from putting himself on the line, Seong Gi-Hun decides to take his chances to take everything in a win or lose nightmare.

Only spanning nine episodes and being the breakout hit of director and writer Hwang Dong-hyuk, he has spent more than 10 years attempting to get the show picked up by a company, but upon being rejected multiple times, he took his chances by presenting the idea to Netflix.

Their script was originally written in 2008, but he couldn’t find anyone to produce it until 2021, but the idea was met with grand reception from watchers all over the U.S., United Kingdom and South Korea. With subtitles in 37 languages and alternate audio in 34 languages, it was an immediate harkening to anyone who enjoyed the thriller and survival categories.

Even some politicians have begun using Squid Game imagery during the 2022 South Korea elections and have begun challenging other opponents to likeminded games.

Drawing inspiration from the likes of  M. C. Escher and their endless staircases—as well as ant colonies—the scenes are built with great care, and the games are modeled after relatively familiar children’s games.

There is a vast amount of inspiration taken from the past: 1970s Korean tracksuits and masks elevate the difference between the staff and the players of these deadly games, and the scenes themselves were both practical sets (reality) and chroma sets (fiction).

As a series, this show takes obvious inspiration from the movie “Battle Royale,” a Japanese film which also dealt with contestants surviving deadly games on an island. It also has inspiration from the Hunger Games, which the American audiences are surely familiar with if this genre captures their eye.

This show does not shy away from the occasional gore and doesn’t often implore the use of a discretion shot for any of the gory executions. That means that there are some nightmarish occasions where there will be gore, death and raw emotional reactions.

However, if that is your scene, I would recommend trying to watch Squid Game. Once one gets past the subtitles being a barrier, it becomes an enriching thrill ride, and the show won’t let you go until you’ve finished all nine episodes currently released.