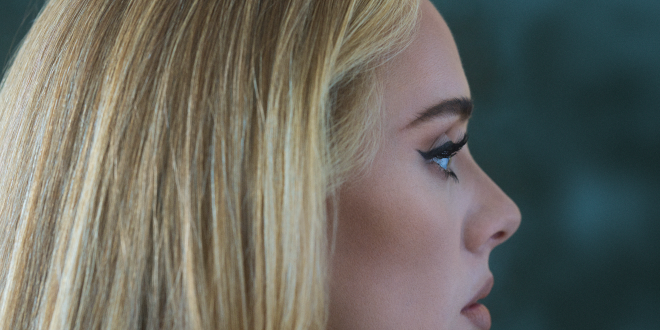 Adele’s fourth studio studio album has been released, and she claims the inspiration for this album came from her recent divorce between her and her ex-husband, Simon Konecki.

The leading single, “Easy on Me,” was released as a precursor to the release of the official, 12 tracks with 15 tracks on the deluxe edition.

Adele has claimed that these songs would explain the divorce to her son, Angelo. As she spoke about in Vogue, Angelo asked her many simple questions about the split, such as “Why don’t you love daddy anymore?”

The artist said she explained to her 9-year-old that she does love his father but is no longer in love. She then said his response was, “Can you see me? [. . .] I can’t see you,” and that it felt like her life fell apart in that moment.

On the interview, Adele said this album will be an open letter to her son, so that when Angelo is older, she can explain what she couldn’t before. It will explain why she had to dismantle his entire childhood for “her own happiness.”

The album title, “30,” is the age in which Adele says her life fell apart. “My Little Love” also includes voice clips from Angelo asking Adele the questions that she couldn’t answer.

Adele’s personal life has inspired these tracks and played a significant part in the development and release. In fact, Adele’s estranged father, who was suffering from bowel cancer, was the first one to hear the album, before he passed away in May 2021.

Concerning the tracks themselves, they are a breath of fresh air after six extensive years on a creative hiatus. These tracks are considered ballads and follow the style of an emotional roller coaster, some lasting up to six minutes.

These songs are obviously very personal to Adele, especially in the track “My Little Love”, where the song is dispersed between personal recordings with Angelo.  Despite the sadness in the song, the way she interacts with her son is truly heartwarming.

“Easy On Me” was the single for the album, and it certainly delivers. It speaks to many of the listeners, going by the comments on the YouTube video posted by the official Adele channel.

Teenaged mothers and adults in love alike, this track elicits a universal feeling of understanding. “Easy On Me” is a plea to her child and for herself, accepting the fact that Angelo may feel separated and brought down by her divorce.

However, many of these tracks are deeply emotional, personal and may make her listeners cry, so I don’t recommend listening to these tracks in public.