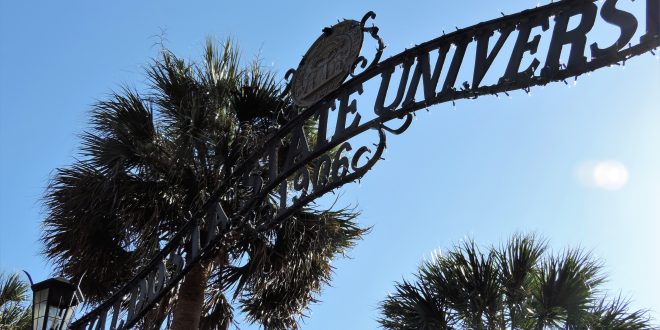 Parking at VSU has been a common problem where many residents park closer to campus, making it harder for commuters to get better parking spots.

While this does seem like enough, when you compare it to how many commuter parking lots that we have on campus, it seems unbalanced.

According to the parking map that VSU provides, commuters have multiple smaller parking lots that is relatively close to campus. The largest one that being the Georgia parking lot with 60 parking spaces.

Then commuters have the Oak Street commuter parking lot and the P.E. complex, both of which is a further walk from campus.

However, commuters have noticed a common problem on campus: Residents are parking in the commuter lots for days.

I have noticed this problem with myself, as a commuter, and from students on the VSU student app where students complain about residents taking commuter spots.

From what I have noticed from these arguments, residents seem to misunderstand what commuters are saying, thinking that we are saying they can’t park there.

Residents are parking in these commuter lots for days, causing commuters to not be able to park closer to campus and uprooting them from a spot that should be theirs.

The commuter lots are there for commuters at the end of the day. Some commuters stay on campus until midnight sometimes. Yet, we have to walk 15 minutes in the dark to a parking lot where we shouldn’t have parked since residents are parked in the commuter lots.

I know for me, I feel unsafe for walking that far at night and would prefer to park closer on campus.

However, this also begs the question: Should residents who work late at night park closer to campus?

I say absolutely, because you just want to get back to your dorm room safely just like how commuters want to get to their car safely.

Our issue is the people who park in the commuter lots for days and not move their car. It uproots someone else from parking closer to campus who needs it.

It doesn’t make commuters lazy, we want to feel safe, and parking a little closer to campus helps.