Home / News / Administration / “Crisis in the Humanities”: What’s going to Happen to the Philosophy and Religious Studies Department? 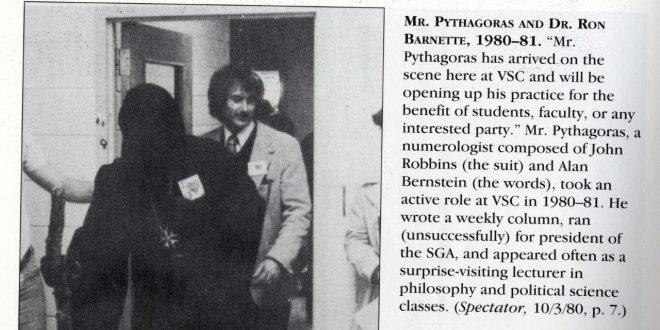 Effective on July 1, the philosophy and religious studies department will no longer be its own separate department and will instead be merged in with the history department.

As a result of the upcoming retirement of Dr. Fred Downing, the Department Head of Philosophy and Religious Studies, it has been decided that at the end of the summer semester, students will be able to major in philosophy and religious studies, but it will be under the history department.

“In the wake of his retirement, it is simply not practical to have an interim department head overseeing two faculty members,” Dr. James LaPlant, Dean of the College of Humanities and Social Sciences, said.

The position of administering this combined department has been given to Dr. Barney Rickman.

“I am very confident that Dr. Rickman will oversee a very smooth merger of the two departments that will support our faculty and student success,” said LaPlant.

According to Dr. LaPlant, there are current 18 students who have declared philosophy and religious studies as their major.

Philosophy and religious studies are not the only two subjects that more students in the recent years have begun to shy away from. Other subjects in the humanities department have also witnessed a decline in student interest at undergraduate and graduate levels.

This includes history and English.

As time has progressed, the belief that those who majored in a humanities subject would be successful in finding a career has slimmed down tremendously.

However, the idea that philosophy and religious studies majors do not go into successful careers is false.

According to Dr.LaPlant, graduates who have majored in these subjects were able to further their education in law schools and graduate programs and find successful professions to be a part of.

The major builds logic, critical thinking, oral and written communication skills for students to excel in a variety of careers,” said Dr. LaPlant.

Students and graduates of the philosophy and religious studies program expressed their disbelief of the news.

Another student agreed that philosophy and religious studies department should not be merged in with the history department.

“There is a history of the development of philosophy, but that is only peripheral to the purpose of philosophy as a major, and those who confuse it with history do not understand the mechanics of philosophy,” said Walker Parker, a senior philosophy major.

Parker continues to explain the importance of the skills learned within this major.

“Logic and Ethics are significant parts of a philosophy degree and are fundamental elements of almost any goal in life,” Parker said. “Graduate schools and Law schools know the value.”

One student of the philosophy and religious studies department feels as though students should attempt to stop this change from happening.

“I chose Valdosta State specifically for the philosophy and religious studies major,” said Reliford. “My hope for the future would be that more students stand against this decision, demand to be enrolled in this major and that the department maintains its rightful place as an individual major at VSU.”

“For all these students, we will continue to emphasize a timely path for graduation,” said Dr.LaPlant.

Previous Spring graduates to take the stage
Next Photos: Class of 2022 departs from VSU