Home / Entertainment / The 1975: ‘Being Funny In A Foreign Language’ Review 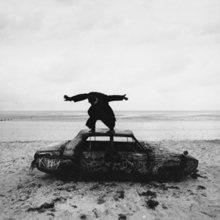 On Oct. 14, British pop rock band The 1975 released their fifth studio album, “Being Funny In A Foreign Language.”

The 1975 consists of lead singer, Matty Healy; lead guitarist, Adam Hann; bassist, Ross MacDonald, and drummer, George Daniel. They are most well known for their break-out single “Chocolate” from their self-titled debut album, “The 1975,” released in 2013.

“Being Funny In A Foreign Language” was released by Dirty Hit and recorded by Real World Studios.

Healy and Daniel were the producers of the album, but Healy also recorded with well-known producer Jack Antonoff , who has worked most famously with Taylor Swift and Lana Del Rey.

The lead single of the album, “Part of the Band,” was released on July 7 and was followed by singles such as “Happiness,” “I’m In Love With You” and “All I Need To Hear.”

The album features a mix of genres such as pop rock, synth-pop and new wave. It has a cohesive sound that is intriguing and experimental and fits in well with their past work while standing on its own.

Healy took a more stripped-down approach with this album, focusing on their instrumental backing and live vocals, keeping it as “unadulterated by computers as possible,” said Healy during an interview with Apple Music 1.

This is most apparent with their songs “All I Need To Hear,” “Part Of The Band” and “Human Too.”

The album opens, as all of their other albums do, with a self-titled track. “The 1975” features Healy’s usual witty lyricisms with lines like, “I’m sorry if you’re livin’ and you’re 17” and “You’re makin’ an aesthetic out of not doin’ well.”

Healy is known for this kind of tongue-in-cheek commentary that you can find in past songs like “Loving Someone” and “Love It If We Made It.”

The rest of the album is just as filled with catchy hooks and one-liners that will make you pause, think and dance. But Healy also slows it down with “All I Need To Hear” and “Human Too.”

Overall, it’s a solid album, receiving an 82 out of 100 from Metacritic.

My personal favorite songs are “Oh Caroline” and “Looking For Somebody (To Love) ,” two of their more upbeat and 1980s-inspired songs.