Khloe gets a fella and now a baby for Gellar

Another week of ‘Pop Addict,’ the celebrities are quiet and calm. The reality shows are nice and timid, but we do have scandal in the form of, yet another, celebrity sex tape.
Turns out, the hot and sexy “Mc Steamy,” Eric Dane, from ABC’s Greys Anatomy, has made a sex tape (unwillingly made public.) Eric and “companion” Rebecca Gayheart have sued Gawker.com, for a leak of the video online of the two of them baring all. They have issued a lawsuit for $1 million in damages and an injunction to prevent any further viewing of the link online. So before the lawsuit goes through, I suggest you get to clickin’ for a peek at ‘great’ Dane.
This just in! Khloe Kardashian is getting married to the Los Angeles Laker b-ball star, Lamar Odom. I mean, I didn’t even know she was dating. Apparently she has just met her soon-to-be husband over the summer. I guess Khloe has been feeling the pressure from her big sis’, Kourtney Kardashian (what with bringing a newborn into the world), to make some moves in her personal life. Khloe has also announced that they will not be waiting too long to tie the knot. In fact, rumor has it that they will be getting hitched this coming weekend. We’ll see about that.
Actress Sarah Michelle Gellar and long-time hubby Freddie Prinze Jr. welcomed their first child on Saturday, daughter Charlotte Grace. It’s about time for Sarah to finally pop out a little one that can add to the list of Hollywood’s cutest babies. And can we please just have a moment of silence in praising the former “Vampire Slayer” for giving her child a normal name. I think we’ve had enough of the weird baby names in Hollywood, like Nicole Richie’s son, Sparrow, Gwyneth Paltrow’s daughter, Apple, Ashley Simpson’s son, Bronx Mowgli, Jason Lee’s son, Pilot Inspektor, oh and let’s not forget Penn Jillette’s daughter Moxie CrimeFighter.
Thank goodness for a little sex to make this read worthwhile. Check out next week’s ‘Pop Addict’ for another possible marriage, baby, or (let’s pray) sex tape in the world of celebrity high jinks. 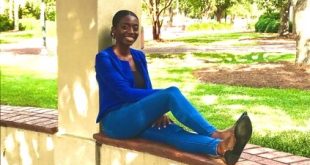 The school semester is already stressful, whether you are learning remotely or face-to-face. School is ...