On Tuesday, Mayor John Fretti announced The Electronics Recycling Event, for the City of Valdosta’s attempts to go green.

The event, in association with the City of Valdosta Public Works Department, Keep Valdosta/Lowndes Beautiful and Atlanta Recycling Association, will host the event at Mathis City Auditorium on Nov. 7, from 9 a.m. to 1 p.m. People can bring here unwanted electronics so they can be recycled properly free of charge. This event happens two times a year and is at local location so citizens can be able to locate it. Some electronics contain PBDE’s, which are chemical flame retardants. They are also neurotoxins that are poisonous substances that act specifically on nerve cells. Having this electronic waste in landfills is dangerous and is growing because of the demand for electronics and their short life spans. Some of the items accepted at the event are personal computers, cell phones, scanners, modems, microwaves, fax machines and printers. Only televisions will be charged ten dollars for the costs of dissembling the televisions for recycling parts.

This is only one of the many events that Mayor Fretti has planned for Valdosta to go green.  Some efforts that Fretti announced were Earth Hour, an hour in March when citizens can shut off unnecessary power for one hour to save energy. Another event is Mud Creek Expansion that will help the development of the future Biofuels plant with waste that usually goes to the landfills. The city’s efforts to go green were helped in 2007 when the City received a $ 425,000 recycle hub grant from the DCA. The DCA allows the city and its partners to help in rural communities within a 50 –mile radius so it can help establish the recycling programs. The efforts of collecting storm water are also a way to go green as well. “Storm water collected by citizens is an important factor.” Fretti said. A capturing site is upstream by Gordon and Ashley Street. It holds the water and helps in the prevention of floods.

Fretti also has not only presented these programs but has taken the efforts of green at City Hall as well.  The Paper less Agenda is a proposal that Fetti, all council members and employees have work on Jump drives which is friendlier to the trees and also reduces preventable costs. “We have saved large amounts of paper” Fretti said.

In conjunction with our campus and S.A.V.E., we have also joined the going green effort by placing recycling bins outside of dorms and offices and curbs outside of buildings.

Some future developments will be to have bins in middle schools in the Valdosta area and a proposal to correctly recycling paint as well.

Previous BSL holds event for VSU community
Next How old is too old for costumes? 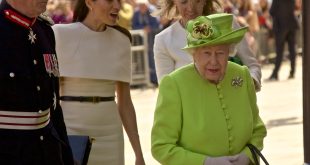 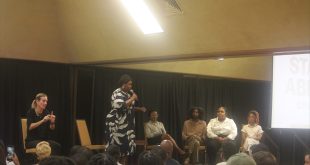