Hey Spec Tech readers.  Welcome to a new week with shocking news from Apple and Android about launching some new devices.

This week Apple gave another press conference where they announced the 13-inch MacBook Pro with Retina Display for $1699.  It has a 2.5GHz dual-core i5 processor with 8GB RAM and 128GB flash storage.  It also has a FaceTime HD camera.  You can purchase it now at Apple’s website.

Apple also announced the new iMac which is only 5mm thick!  The 27-inch iMac comes with a 2.9GHz quad-core i5 processor with 8GB RAM and a 1TB hard drive.  It starts at $1799 and ships in November. There is also an i7 processor version as well as a 21-inch version.

Apple has revealed some shocking news.  Apple typically updates products once a year– but not this time.  Apple has killed the 3rd generation iPad after only six months! The 4th generation iPad—now called iPad with Retina Display– will have an A6X processor, a FaceTime HD camera and have the new Lightning connector.  You can pre-order tomorrow and it ships Nov. 2. The iPad 2 will continue to sell at $399.

Apple didn’t announce one iPad, but two! The rumored iPad Mini is here.  It sports a 7.9-inch screen, an A5 processor (same as iPad 2), 4G LTE, the lightning connector and comes in slate black and silver.

Sprint is also a new 4G LTE carrier for both of these new iPads. AT&T and Verizon continue to provide service as well.

Apple compared it to the Google Nexus 7 proving how much better the Mini is than the Nexus–but the price is not right.  You can pick up a 16GB Nexus for $249 or the new iPad Mini for $329! You can pre-order the iPad Mini tomorrow and it ships Nov. 2.

On Oct. 29 Google will hold its own conference where it is expected to announce the Nexus 10 from Samsung, Android 4.2 and the LG Nexus 4.  The Nexus 10 will compete directly against the new iPad, with a screen better than Apple’s Retina Display.

Lastly, Microsoft has revealed that Xbox SmartGlass will launch tomorrow.  This is an App that you can use with your PC, tablet, or smartphone to control the Xbox 360.  It will also become a second screen with extra content.  Some content that will use this feature are Dance Central 3, Halo Waypoint, ESPN, HBO GO and Univision.

That’s it for this week.  Come back next week for an update on Google’s announcements

Question: Would you buy the new iPad or the iPad Mini? Email your answers to smsetser@valdosta.edu 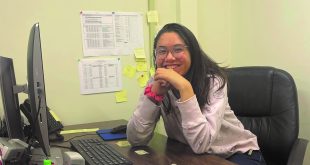 I am the Leading Graphics editor for the VSU Spectator, and while I am very ...