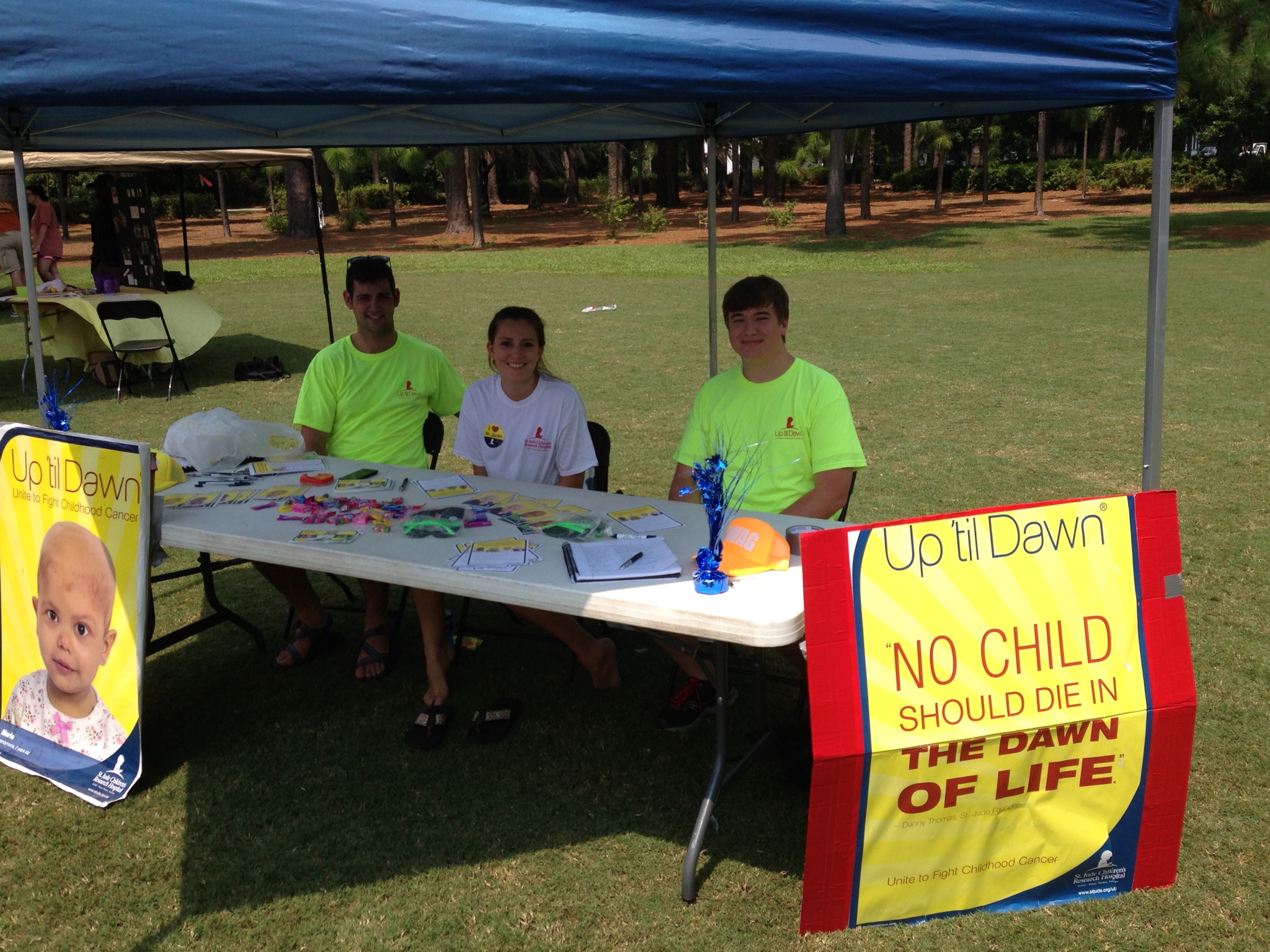 Up ’til Dawn supports children’s hospital

Fundraising and giving back to those in need continues to be a main focus for many students at VSU. Up ‘til Dawn, a nationwide program of more than 180 colleges, helps to raise awareness and funds for St. Jude Children’s Research Hospital.

The VSU chapter of the organization was started in the fall of 2010 by a group of honor students. In the three years since, it has raised a couple thousand dollars which have gone directly back to the Memphis, Tenn. research hospital.

The program’s name is meant to represent the countless nights parents have to stay up with a sick child.

“Once people take the time to read some of the stories of the children from St. Jude, it is hard to not become passionate for raising money for such a good cause,” Haley Franklin, president of  the Valdosta chapter, said.

The organization aims to inform students and other community members of the happenings at St. Jude. Also, it focuses on a letter-writing event in November that allows students to submit addresses of friends and family they wish to mail letters to in hopes the letter recipients will send donations to St. Jude.

“I think it is important to have non-profit organizations on campus and for the money they raise to go to such a great cause,” Franklin said.

The Valdosta chapter has an executive board of about eight people who plan the letter-writing event, recruit people and plan community events throughout the year. They also help modify a structure that other campuses starting up this program can model.