The men’s tennis team started off their season with a loss to USC Aiken (the team they also fell to in last season’s final match), with the women’s team on the side cheering their fellow Blazers on.

Although it was a loss, the team discovered how to work and bond together and realized who the leading players will be for the rest of the season.

After losing to Barry last season, the men travel to Miami Shores, Fla., where they will take on arguably their toughest competitors for the season.

The biggest challenge for the men’s team to overcome this season is the two players, Niklas Herbring and Joachim Schemm, injured and working hard to get better in order to participate in matches.

“In tennis you only have so many guys, so when you take two of the top six out, you get hurt,” head coach John Hanson said.

The men’s team competes against the defending national champions Barry University, along with matches against GCSU and Young Harris College.

The players are enthusiastic about these upcoming matches, working to climb their way to the top spots in the division.

After losing to Barry last season, the men’s team is challenged and encouraged to make the results for this match an improvement for all the coaching staff and other teammates.

The women’s team is excited for their opener this weekend, with hopes of a change from past seasons.
Hanson feels very encouraged about having four freshmen joining the women’s team and is expecting to see a major difference in performance during the 2014 season.

“We have a good foundation to build on, and I think they’re going to be great,” Hanson said.

This weekend’s matches do not discourage the players, nor make the guys nervous to play defending national champions; it motivates them and excites them, making the journey to nationals a fun experience.

“It’s going to be a tough match, but if we get on point, we’ll have a chance to win,” junior Niklas Herbring said. 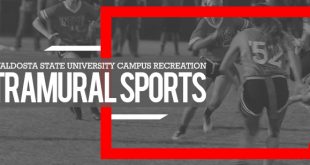