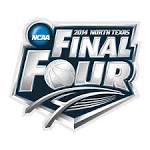 NCAA bracket picks: Who are you?

With conference tournaments raging on and selection Sunday only days away, excitement grows. And at 7pm, once all conference tourneys have ended and all 68 teams have been announced, the madness can and will ensue. And when it does, the focus of the sports world will once again turn to the brackets as hopeful souls look to get lucky and turn in the prized Billion dollar bracket. But you don’t have to be a college basketball expert to try your luck at perfection, and there are numerous approaches. So the question is: which one will you be?

He knows all the players, he knows all the teams, and he believes the grand prize is his to lose. But of course, he has a reputation to uphold because being the expert is a high risk high reward position. Get at least 3 out of your 4 final four teams to the end, and get all the insane upsets and you’re peers will look at you like you’re a time traveling wizard back from the future. But when that 12 seed you had going to the Sweet Sixteen goes down, you’re bracket will be the first into the fire.

This guy doesn’t know anything about sports. But he has an Excel spreadsheet. And he’s going to use that spreadsheet to take you down. He’s going to test all of those who say stats can’t win awards. The strength of being the stats guy is that he usually, by design of course, has the odds in his favor. But with the George Masons, Butlers, and Florida Gulf Coasts of the world defying the odds in recent years, being the stats guy doesn’t always account for the… well, “madness.”

If the stats guy doesn’t know anything about sports, then this person is a lost cause. But not for March Madness. If you’re watching selection Sunday and it sounds like gibberish to you, but you still want to try and” run the dogs this year”…  then pick the Butler Bulldogs, Or maybe the Gonzaga Bulldogs, or even the Wofford Terriers! Sure it’s based little on logic and you’ll catch flack from every person who has even the slightest idea of what they are doing. But, hey 9 out of last year’s sweet sixteen teams had the color blue in their uniforms, so what do the “experts” really know?

The All Upsets Picker

He picked Davidson to go to the Elite Eight in 2008, and he’s reminded you about it every year since. He just fails to mention that one year in which he picked a 16 to go to the sweet sixteen and has never been able to live it down since. The upset picker is a bit of a wildcard position as it’s hardly ever fruitful, since a quick Wikipedia search will tell you that No.1 seeds have won 7 out of the last 10 titles. But when the upsets picker gets one or even a few right that the majority of America didn’t pick— it can be extremely fun while fun for as long as the fun can last.

The All #1 Seeds Picker

This person knows that 1 seeds dominate, and are just trying to win. But let’s be honest, whoever takes this approach will be the least liked person in their group regardless of what position you fall in. It’s called March “MADNESS” for a reason, and there is a spirit and an expectation when you participate. That being said, with 1 seeds dominating the title over the last decade as much as they have, it is a safe approach if all you are looking to do is win. But you must weigh the potential for success against how your peers dislike your March Madness spirit.

Many people would call this person a cheater, mostly by those looking to enforce the 1 bracket per pool rule. However, the 10+ Bracket Maker views himself more as a scientist. He’s got all the possibilities imaginable, searching for a trend this year that he thinks could be beneficial in the future. Or he really just wants to maximize his chances of winning, and in that case he’s a dirty rotten cheater and is the reason that a one bracket per pool should always be enforced. Multiple brackets for the sake of learning? Good. Multiple brackets for the sake of having as many chances to win? Again, please respect the March Madness spirit.