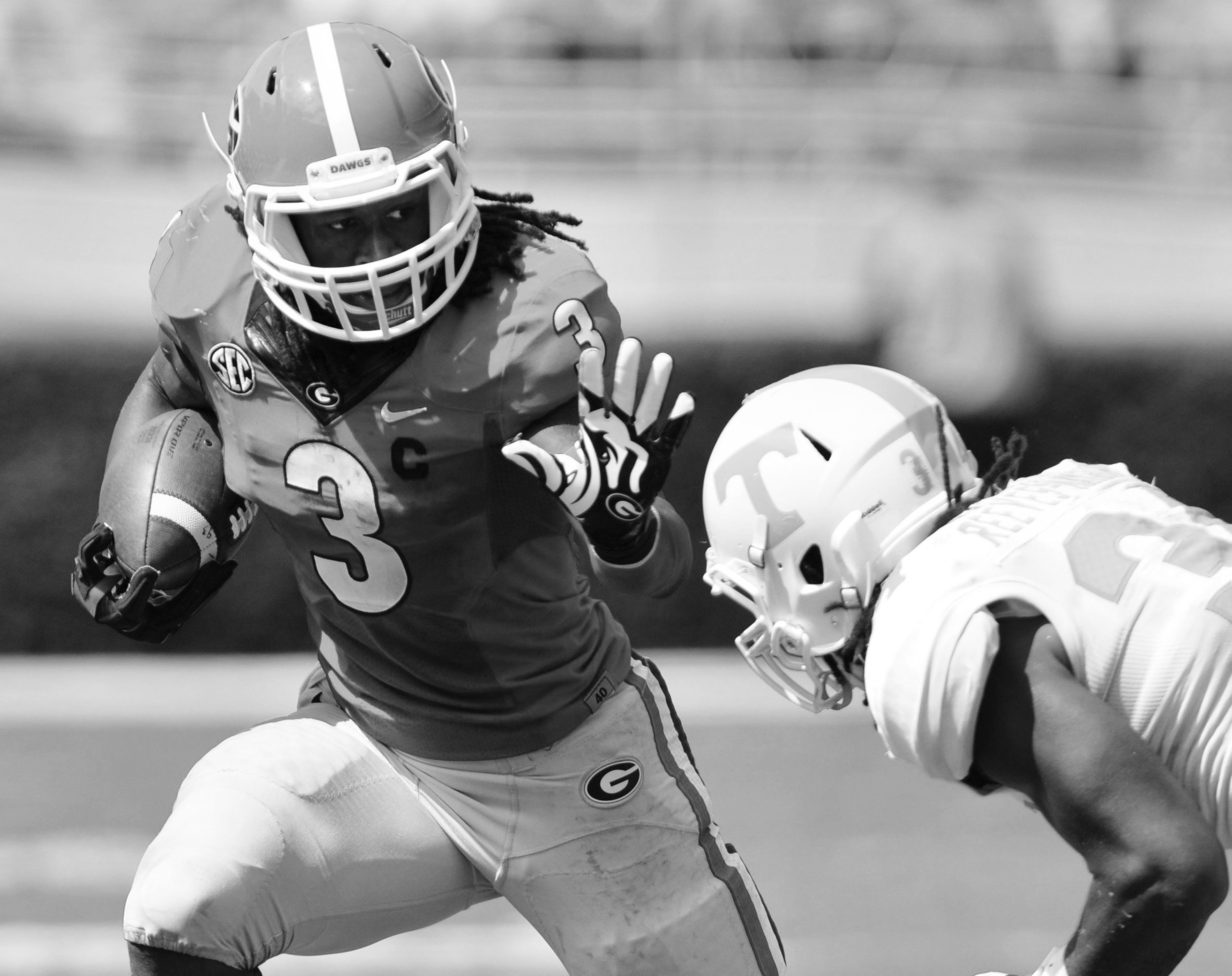 Money, money, money. It’s all about money in the game of life, but what about collegiate sports?

Are universities doing what is right or being hypocritical by not allowing student athletes to make an outside profit from their talents?

Both, popular for their impeccable talents on the field, were punished for signing memorabilia for income. Manziel was suspended for the first half of a single game last season and Gurley, missing two games so far, was suspended indefinitely, pending the investigation of allegedly breaking NCAA rules.

The amount of money that the universities and NCAA make off of these athletes is an outrageous number, yet the athletes are forbidden to sign their name to any kind of memorabilia.

The argument could go both ways and continues to do so during the controversy. The athletes’ tuition is paid for through scholarships. They are not paid for their talent and the attention they bring to the schools they play for.

Gurley has been predicted to win the Heisman Trophy award this year. Why would he hurt those chances by signing an autograph for a minor $8 to $25?

Think about it this way: The name is his and his only. Why should the NCAA be able to tell him he can’t sign it for a few dollars?

Not everyone is made of money. What if he was in a situation where he needed a few dollars right then, and the NCAA doesn’t know about that?

These programs pump millions of dollars into the schools, and that money is used for improvements, but are the schools afraid that the profit the players are making will detract from their bank accounts?

It is understood that these players are student athletes, but it is ridiculous how much money the schools are making, and the players are not getting rewarded for it.

We all know that breaking the rules should not be condoned, but this NCAA rule should be looked into and reviewed a little further before anymore of the beloved athletes are suspended from playing again.

It is time to put the student athlete first instead of the money that is being made. It is time to look into where the billions of dollars made by athletic programs are really going.

Universities along with the NCAA are in the money-making business, instead of looking out for the welfare of student-athletes. The athletes should not be owned and profited off of.

When people realize that money is not the main focus behind these games, then headway will start to be made to find a suitable balance for colleges, the NCAA and student athletes.

Previous Allow patients death with dignity
Next Letter to the Editor