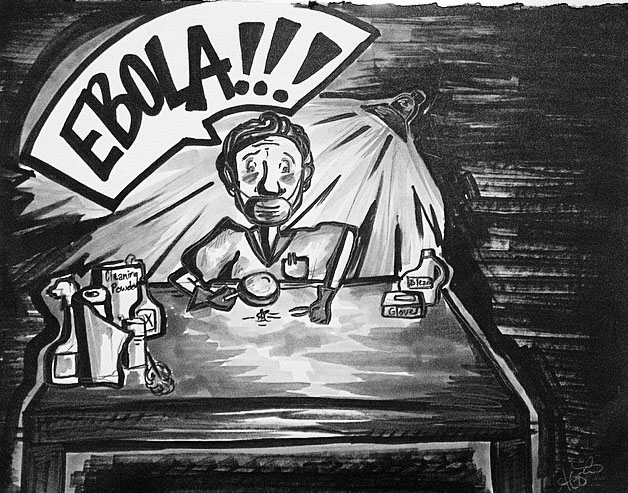 Calm down about Ebola 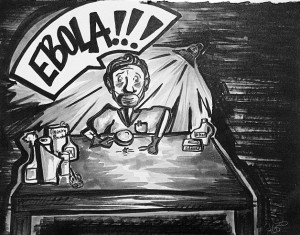 Number of times Kim Kardashian has been married: three. Number of people who have died on American soil from Ebola: two.

At this rate, you have a better chance of marrying Kim Kardashian than getting Ebola.

Before Thanksgiving break, students received a bombardment of emails from the Office of the President about Ebola.

The emails stated to use caution if traveling to the West Africa region during break, and to exercise caution in coming in contact with people traveling to and from this region.

I understand that Ebola is a serious disease but I also feel that because of the low number of confirmed cases, it is not something we need to worry about.

There have been eight confirmed cases in the U.S., according to Forbes, and two deaths.

According to the CDC, on average, 23,607 people die from the flu every year.

For some reason, Americans have lost sight of this and are scared of a disease that has killed two people as opposed to nearly 24,000 a year on average.

Furthermore, the flu is airborne and can travel through people quickly and easily.

Ebola is contracted through bodily fluids such as vomit, blood, feces, etc. and can only be contagious if the patient is already showing symptoms. Have you come in contact with anybody’s blood that is suffering from Ebola? You will be fine then.

As a society we need to focus on diseases that bring more harm, such as cancer or other forms of the flu.

It’s easy to say that school shouldn’t be a business because students shouldn’t pay to ...