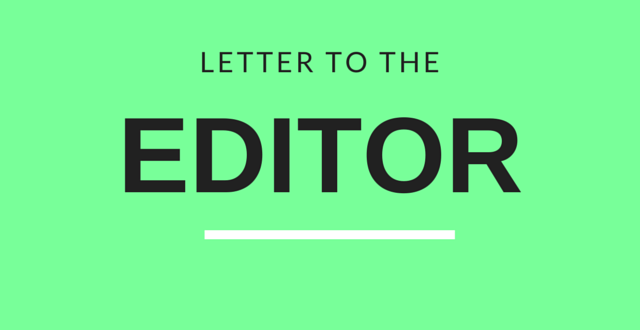 Letter to the Editor: VSU professor stresses the need for humanism in education and politics

(I write this several days before the University of Oklahoma banned SAE for racist behavior.)

Readers will know that VSU has been criticized on many fronts over the past several months: draconian budget cuts; alarming faculty reductions; the Mark George debacle. Indeed, the faculty senate contemplated a no confidence motion against members of the administration recently. The administration countered that it is upholding its mission to enroll, retain, and graduate students.

What do readers think? Do the administration’s priorities align with your educational ideals? Should higher education be reduced to employment training? Should university graduates depart with an understanding of their fellow human beings?

Is there still a place on the agenda for humanism?
Permit me a couple of anecdotes. Several months ago, a former student and now an Air Force Captain, wrote to me from Afghanistan: “Throughout my career I have never forgotten what I learned in Anthropology . . .

[While] most soldiers/airmen in Afghanistan look at the locals as “targets” and call them “hajjis,” I see them as people with an interesting social structure and belief system. Just the other day, I had a conversation with a local interpreter who wanted to talk about the role of women in Afghan versus American society. Conversations like that make me thankful for everything I learned in your class.”

Now compare that with a tweet from a VSU fraternity member, which another distressed student—noting that we have many Muslims on campus—called to my attention, asking whether it might constitute hate speech:

“This is a photo a US drone caught. A Muslim ISIS having sex with a donkey. Fuck Muslims. They are all disgusting freak shows.”
And read what another student reported to me last fall after leaving class:

“As I walked toward my car, I heard loud chanting . . . . There were about twenty white males standing in the front yard of the [fraternity] engaging in military-style call-and-response drills. Four white males led the others marching in place around the premises. One leader held an object resembling some sort of weapon as he instructed the others. . . . The men yelled, “I put my hands on her breast, she said KA you’ve passed the test,” and “I placed my hand on her twat, she said KA you’ve found the spot.” This continued for five minutes. . . . I was forced to drive past the men, who repeated these expletives. I was extremely frightened waiting at the stop light at the intersection of Williams and Ann Streets.”

For the record, this student reported this incident to the administration but has yet to receive any follow up. So I put it to you, readers: Do these incidents merit a response?

Does rampant misogyny and misanthropy call into question the value of a degree from VSU?

I teach Anthropology, a discipline devoted to the question of what it means to be human and to promoting intercultural understanding—a skill as valuable as any other on the curriculum, in this educator’s opinion.