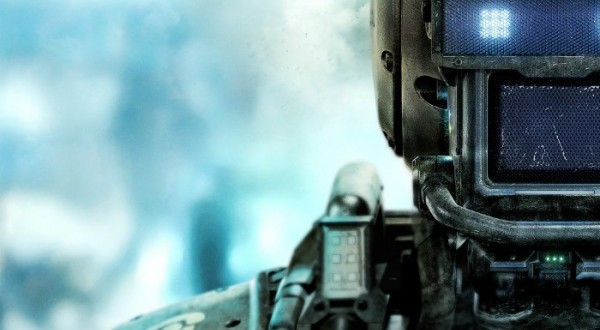 Starring Hugh Jackman, Dev Patel and Sharlto Copley, Chappie hit the theaters world-wide on March 6. The story takes place in Johannesburg, South Africa, where—in the near— future, crime has started to be monitored by a robotic police crew. Patel, who you may know from the award-winning “Slumdog Millionaire,” plays the creator of these police robots. One robot gets shot in the chest by an RPG, leaving it irreversibly damaged.
Patel’s character, Deon Wilson, takes this damaged body and installs new software he’s been working on that gives the robot real human thoughts and the ability to think independently. Copley, who worked with the same writers in the film “District 9,” plays the voice of this new robot-human named Chappie.

As he adapts to the world around him, Chappie realizes that life isn’t all that it was cut out to be.

Hugh Jackman plays the main antagonist in this story, which has come up with a bigger, stronger robot that could replace both humans and the robotic police force. As the plot thickens, Chappie and his new friends are left defending their home-turf from both the people trying to catch Chappie, and the people trying to destroy him.

This story comes from the same minds that brought us “District 9.” Neill Blomkamp and Terri Tatchell wrote both movies and the similarities are quite obvious. These writers are known best for creating films that make their viewers take a step back and look at society from a different point of view.

Blomkamp won the award for Most Promising Filmmaker at the Chicago Film Critics Association awards ceremony, while the movie itself was voted Best International Film by the Academy of Science-Fiction, Fantasy and Horror Films. Overall, I personally think this movie is one for the ages. Catch the new break-through film that challenges everything we believe in at GTC’s Valdosta Stadium Cinemas located on Baytree Road.

Despite COVID-19, VSU still puts decorations around campus to put everyone in a Halloween festive ...