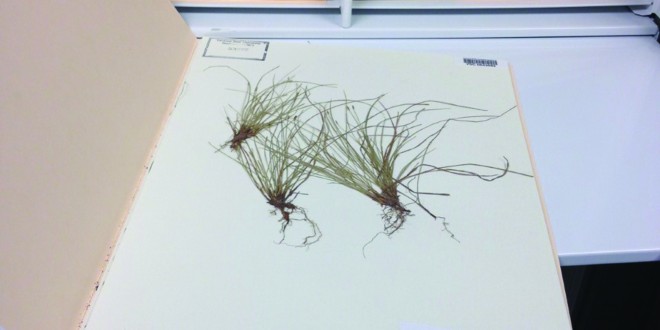 The $100,000 renovation of a storage facility that houses more than 71,000 plant specimens will be unveiled today at 4 p.m. by VSU’s biology department.

The facility, known as the herbarium, is collection of specimens documenting biodiversity in Georgia’s coastal plain.

“We’re going to have an open house,” Dr. Richard Carter, curator of the herbarium, said. “I’ve invited retired colleagues who are still in the area, people in the community, and VSU faculty and students are invited.”

The purpose of the open house is to promote the herbarium and show the renovations undergone with support from the National Science Foundation.

The renovation was able to provide more usable cabinet storage space. This involved the removal of all existing cabinets. There were approximately seventy-six cabinets.

“We purchased new cabinets and generally enhance the herbarium to some extent,” Dr. Carter said. “By digitization, we built a database based upon the data on the specimen labels.”

They took all of the cabinets out in the atrium, cleared the floor and installed tracks. The tracks were installed on steel carriages. Then an elevated platform was built underneath so the cabinets could be placed on the carriages and moved along the tracks. This eliminated all but one aisle.

“Rather than having four or five aisles, we have one aisle that we call it a movable aisle because we can move the cabinets on the tracks to create aisles as we need them,” Dr. Carter said.

By doing that, the storage capacity increased by 35 percent. Forty-three new cabinets were also purchased.

“We surplused sixteen cabinets,” Dr. Carter said. “Fourteen of them went to Columbus State for their herbarium and two of them a professor used.”

Dr. Carter partnered with Michael Holt from the VSU library. They were given a computer code used by Florida State University to serve its image and data online for their virtual herbarium. Holt took that computer code and adapted it to VSU’s necessities.

“We’re now serving locally and through local funding and partnership with the Odum library, which is serving images and data in the form of the VSU virtual herbarium,” Dr. Carter said.

This is Dr. Carter’s second large National Science Foundation grant. The first, Dr. Carter says, was a collaborative grant with the University of Georgia herbarium funded in 2011.

“That was a three-year project,” Dr. Carter said. “Under that grant, we digitized the entire collection.”

“I had a great time working with them,” Carter said. “VSU student’s undergraduates and did nearly all of the imaging and data entry. We were very successful with that project. We digitized more than 71,000 specimens under that project.”

Building on the success from the first grant, a second grant proposal was written in the summer of 2014 requesting funds from the National Science Foundation to install a high density storage system, purchase additional herbarium cabinets, process back log specimen, and georeferenced data on nearly 14,000 specimens.

Dr. Carter received encouragement from a fellow friend to get things going.

“My mentor from Vanderbilt has been pushing me for years to bring them here, but I didn’t have space,” Dr. Carter said. “We now have space because we installed this high-density storage system.”