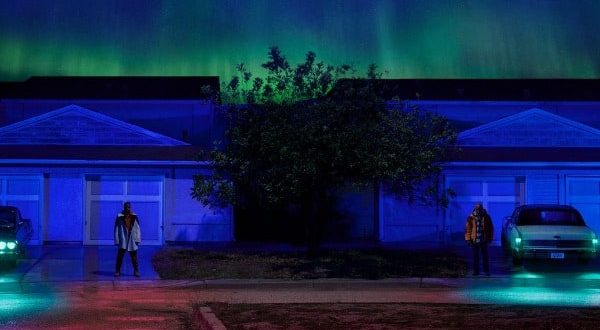 After startling the world with lead singles such as “Moves” and “Bounce Back”, the anticipation for Sean’s album spontaneously electrified, and for good reason. “I Decided” is Sean’s best album yet, even if there may be flaws within its sculpture.

Sean’s previous solo album, “Dark Sky Paradise” was loaded with features that propelled the album into the mainstream spotlight, but didn’t seem to catch the essence of Big Sean. “I Decided.”, however, is lean on features but firm with its execution as Sean’s collaborations accent his growth. The intro to “I Decided” introduces the listener to a new landscape within Sean’s mind, opening with a monologue narrated by an older version of Sean, setting the album’s theme of life choices and second chances, as the Detroit-native stated on Jimmy Fallon.

After setting the stage for “I Decided.”, the intro soon bridges into “Light”, as Jeremih’s soulful tone serves as a plateau to Sean’s introspective bars. This is immediately forgotten as “Bounce Back” breaks through the mold with gliding 808 bass, gated synths, and lo-fi kicks while still maintaining the same nocturnal vibe that was first introduced.

“I Decided.” then takes a turn towards a darker side as “No Favors” creeps in with heavy bars paired with an aggressive mood with lines such as, “Don, don, don life, I do this for the crib, the D to Flint/ Kids who get sick with lead, others get hit with the lead/ From where they need a handout/ But they tell you put hands up.”, addressing lines about Flint’s current environmental crisis while also later alluding to rumors that certain artists such as “Drake” took his rap style. However, Eminem’s feature on “No Favors” seems abrasive for the pair, as something as technical as the sound quality of Em’s verse seems off; yet, this small negative is soon eclipsed by Eminem’s lyricism.

The cadence of “Bounce Back” is soon trailed by “Moves”, supplied with a high bell and ice-cream-truck-type melody behind synchronized snares and kicks, giving Sean a 2 out of 2 when it comes to the album’s singles. From the catchy and memorable hooks to the entertaining bars, both tracks serve as bright spots within the nocturnal theme.

Songs such as “Halfway Off The Balcony” and “Voices In My Head” present the strongest detail about “I Decided.” as Sean presents ideas and short interludes that seem genuine and sincere. “Voices In My Head” creates a dreamy yet dreadful atmosphere, with Big Sean’s conscious screaming about self-conflicting choices such as,

As the album comes to a close, Sean invites Offset and Quavo to decimate the trap-influenced beat “Sacrifices”, while having The Flint Chozen Choir and Starrah provide a gospel-inspired sound to “Bigger Than Me”, both hitting the mark with its intention.

Yet Big Sean’s main dilemma with “I Decided.” is that out of 14 tracks, only a handful are memorable. The second half of “Voices In My Head” titled “Stick To The Plan”, switches ineffectively while repetitively saying “Stick to the plan.” “Same Time Pt.1” and “Owe Me” are both tracks that could be deducted from the album and not be detrimental to the album’s cohesiveness.

Even if there are tracks that are nonessential, “I Decided.” is Big Sean’s most essential album yet, as Sean steps up his lyricism, provides a cohesive sound, and promotes positivity within his lyrics while keeping his self-identity. Shining over “Dark Sky Paradise”, if you had to introduce someone to a Big Sean album, “I Decided.” is where you should start.

Previous An inside look at the Media Arts Geniuses
Next Salmonella anyone? Uncovering undercooked food at Palms