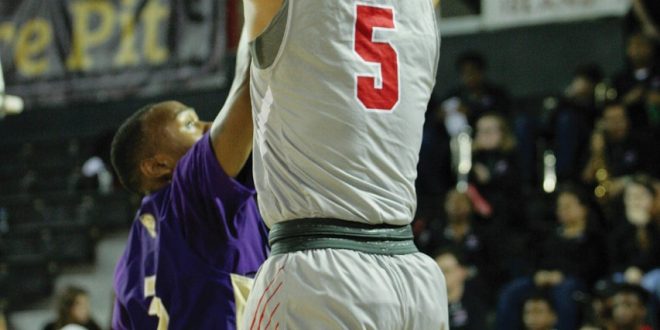 VSU breaks records on way to second round

VSU Men’s Basketball hasn’t lost very much this season, but one of the team’s four losses came against the team VSU will face in the next round of the Gulf South Conference tournament: Christian Brothers.

VSU displayed their true fire power in a 115-94 victory over North Alabama as they set school and conference tournament records.

The Blazers’ 115-point performance is a new conference record for points in a tournament game. The 22 three-pointers made is a new VSU record, barely edging out the 21 made against West Florida in the 2014-2015 season.

The Blazers were led by GSC Conference Player of the Year, Jeremiah Hill, who finished the game with 28 points and 10 assist, leading the team in both categories.

“We felt like they were going to bring their best hit at the beginning of the game but we knew we could take a punch,” Hill said on North Alabama’s hot start. “This time when we got hit we were able to hit back right from the jump.”

Part of being able to respond to those punches comes with sharing the ball, which the Blazers have had no problem doing all season. Tuesday was no exception.

“I trust them as much as I trust myself,” Hill said on leading the team in assists. “So why not pass them the ball?”

Beau Justice added 26 points on 8 of 13 shooting from deep, which included hitting five threes in a row in the first half. He said he’s confident the Blazers will keep up their momentum.

“Coming off a night like tonight where we saw our potential, it makes us even more excited to play,” Justice said.

The student section has acted as a sixth man for the Blazers all semester, but there won’t be as many Blazer fans on the road. The lack of fans doesn’t rattle Justice, and he said he still has confidence in his team.

“That’s where us getting closer together as the season has gone on has helped us,” Justice said. “I can rely on my teammates just as much as the avengers [student section] they were tonight and all the other fans.”

The Blazers are currently ranked 16th in the nation, and they will take on Christian Brothers in the semifinals with an opportunity to play in the conference finals.

When the two teams met on Feb. 11, CBU sat out three of their normal starting five. Hill said the Blazers haven’t forgotten about the loss they suffered in February.

“I feel like we owe Christian Brothers a game because they sat three of their five starters out,” Hill said. “I don’t know what that was about but I kind of felt disrespected by that. It didn’t make me happy.”

Helfer said he isn’t going to change his pregame strategies or preparation for the semifinal game.

“When you get to late season basketball, you don’t really change,” Helfer said. “Just do the things that do. You try to do them very well, over and over and over. Just believe in what you’ve been doing for four months.”

The games to come won’t be easy, but Helfer is prepared for the challenge.

“[We] just have to play through the ups and the downs and hopefully if we can do that we’ll win the game,” Helfer said.