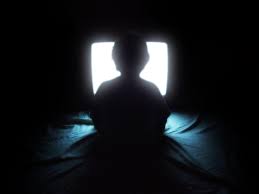 The fall season brings many things: pumpkin spiced lattes, Halloween candy, perfect weather and in this case, new television shows. From intense crime series to hilarious comedies, there is something new for everyone this fall.

Since the iconic first season of “American Horror Story: Murder House,” no one can get enough of this chilly series. Director Ryan Murphy left fans on edge with the trailer that featured returning characters, Sarah Paulson and Evan Peters. The trailer is set in Michigan and begins with Sarah Paulson screaming at the television after seeing Donald Trump winning the 2016 election. However, Evan Peters has a different reaction and is ecstatic about the results of the election. Fans are already questioning this reaction. Twisty the clown from AHS: “Freak Show” even pops up in the trailer along with several other clowns that seem to be torturing Sarah Paulson’s character, Ally Mayfair-Richards. The trailer ends with Evan Peter’s character, Kai Anderson, saying “If you get people scared enough, they will set the world on fire.” Many people would agree that this season is going to give us all nightmares. Season seven, “Cult,” will premiere on Sept. 5 on FX.

Sheldon Cooper plays an anti-social genius on the hit series, “Big Bang Theory.” After watching BBT, there is no doubt that Sheldon was a child prodigy. The new series, “Young Sheldon” portrays the life of Sheldon Cooper as a child. It shows how he grew up and all of the obstacles he faces along the way. The series takes place in 1989 in a football and Jesus loving small town in Texas. Iain Armitage plays 9-year-old Sheldon who skips grade levels and attends high school with his brother in the ninth grade. “Young Sheldon” is the perfect heartwarming comedy for all BBT fans. This series premieres on Sept. 25 on CBS.

This series follows around Shaun Murphy, played by Freddie Highmore, as he follows his passion of becoming a surgeon while also struggling with autism and savant syndrome. Murphy has to overcome his troubled childhood with his father and prove to the world that autism does not affect his work. Despite his differences, Murphy has an extraordinary mind that leaves many people shocked. The series takes viewers on Murphy’s journey of proving to faculty and staff at San Jose St. Bonaventure Hospital that he has what it takes to become a pediatric surgeon and potentially save others’ lives. “The Good Doctor” premieres on Sept. 25 on ABC.

Courtney Rose, played by Brandon Michael Hall, wants nothing more than to promote his mixtape and get his name out there. This young rapper gets in way over his head when he decides to run for mayor of his hometown in California as a way for people to hear his music. Little did he know, he would end up winning over the hearts of many different people in his community and come out on top of the election. Aside from promoting his music, becoming mayor opened his eyes to all of the problems within his town. With the help of his mother, Dina Rose, played by Yvette Nicole Brown, and his friend Valentina Barella, played by Lea Michele, they come up with a plan to get Rose’s music career started and to help the people of his community. “The Mayor” will premiere on Oct. 3 on ABC.

Ten Days in the Valley

“Ten Days in the Valley” is a must watch show for all crime television series lovers. Kyra Sedgwick plays character, Jane Sadler, who is a single mother and a television show producer. Jane’s daughter goes missing in the middle of the night, and her whole life becomes dedicated to finding her child. The deeper she goes into the investigation; the more secrets are revealed.  The series will premiere on Oct. 1 on ABC.

“Stranger Things,” Netflix’s most buzzed about and best original series is back for season two. The show is a Netflix original series set in a small Indiana town in 1983. The series follows Joyce Byers, played by Wiona Ryder, as she searches for her son Will Byers that has mysteriously gone missing. The friends of Will Byers also go on the hunt for Will and come across super natural forces and government experiences. Season two hints to viewers that the supernatural forces from season one has taken over the whole town and even though Will was found, things will never go back to the way they were. “Stranger Things” will premiere on Oct. 27 on Netflix.

Mark all of these on your calendar and get ready to kick back with friends because this fall, there are too many new shows to resist.

Previous Campus Carry is Now in Effect
Next The Happening 2017: Vendors 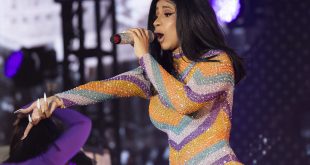 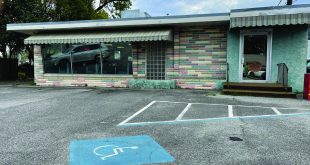