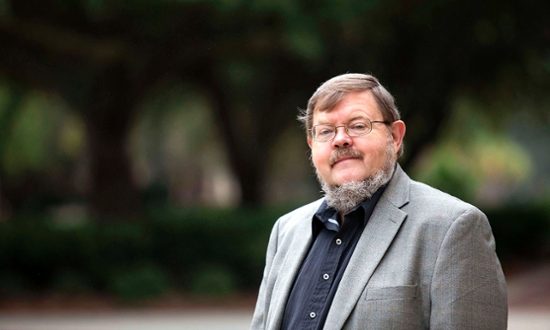 Rumstay has been teaching at VSU since Fall 1984, after graduating his Ph.D. from Ohio State. Rumstay earned his bachelor’s from Massachusetts Institute of Technology  in 1975 and his master’s from Wesleyan University in 1977.

Rumstay is a member of the American Astronomical Society, The Council on Undergraduate Research, the Southeastern Association for Research in Astronomy, the Georgia Academy of Science, The Planetary Society, The International Dark Sky Association, the International Planetarium Society, the American Association of University Professors, the Sigma Pi Sigma Honor Society, the Society of Physics Students, and the Southeastern Planetarium Association. He has published eight peer-reviewed articles in scholarly journals.

In his 33 years of teaching at VSU, Rumstay said his most memorable moment at VSU was in January 1987 when the Challenger space shuttle exploded.

“That was a real shock,” Rumstay said. ”That really sticks in my memory.”

Rumstay’s advice for VSU students who may be struggling in a course is to talk to your professor and meet them during their office hours.

“Students should come see us during office hours,” Rumstay said. “That’s why we have them, and that’s why we get paid to do that. We really can help. I had a student once who just barely failed an exam, and she did come to see me for help, and she got a low B on the next exam.”

“I still feel undeserving of the award,” he said. “I’m sure there are better teachers at this place than I am. There are even some that have been here longer.”

The department of physics, astronomy and geosciences host public planetarium shows each semester. The next one is on Nov. 3. The show lasts between 40 and 50 minutes and occurs at 7, 8 and 9 p.m. There is no cost to attend. However, seating is on a first come first serve basis and there are 47 seats in the planetarium. 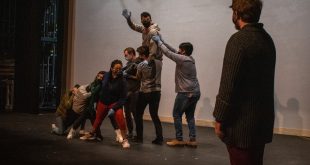