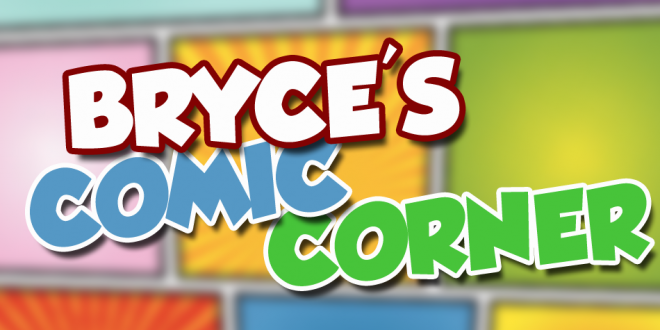 Comic Corner: Dark Days come for us all eventually . . . right?

What would it take for you to snap? Would you lose it over the loss of someone important? What about losing your job or being bullied? Everyone is capable of snapping from a bad day. Right now, DC Comics is trying to show readers that in their most recent event, Metal.

“All it takes is one bad day to reduce the sanest man alive to lunacy,” Joker said in Batman: the Killing Joke. “That’s how far the world is from where I am. Just one bad day.”

DC’s Metal event follows Batman on a quest to stop his own destruction at the hands of a demon. This corresponds to how everyone has demons to fight and that not all fights are easy to win. In Batman’s quest, he calls upon the Bat-family to cover him while he tries to figure out how to stop the demon. The family ends up fighting Batman’s friends, the Justice League, who want to help Batman defeat the demon. However, neither the family nor the friends know what’s really going on. In a way, this shows the struggle people go through when they are depressed, suicidal or on the verge of breaking down.

According to the New York Times article titled, “Why is asking for help so difficult,” requesting assistance is something people have trouble doing in a society where self-help is prevalent. For Batman, this goes double. From the time of his inception to now, Batman’s motto has always been “I work alone.” Sometimes that works out, other times it doesn’t, and Metal is one of those times it doesn’t.

According to the New York Times, people will stall a situation and allow it to go from bad to worse. DC uses Batman to portray that very notion. For instance, Batman is at the tomb of a man that could help him close the doorway of the demon’s way in. Superman, Wonder Woman and Kendra Saunders try to tell him he’s in the wrong place, but he doesn’t listen in time. Batman becomes trapped and then succumbs to the very fate he tried to escape. People do this all the time, and I’m sure everyone has a story of how they tried to fix something but made it worse. Of course, DC takes this trope and makes it an epic but that doesn’t mean this isn’t something that happens to everyone

Metal also contains side stories on Batmen who have more than enough bad days. One story shows a Batman who loses all of his family (The Red Death) while another shows him losing his adoptive father/ butler, Alfred (The Murder Machine). In each of the tales, Batman is abused and takes the powers of his friends, the Justice League, as a twisted way of asking for help. Though they feel guilty, the Batmen feel the need to kill their villains and avenge their family’s death by taking over the world. However, both Batmen show a bit of remorse through their interactions with alternate versions of their friends. This is to say that people will have bad days but that doesn’t mean they are evil. They just need someone to talk to, so they will realize this is not their true self.

In this day and age, technology is where people place all their attention to, but I ask that you pay more attention to your friends. You never know what you could say or do that could help. Love and kindness can bring even those who are drowning to a better place in their life.