Home / Opinions / Students say there is no room to study 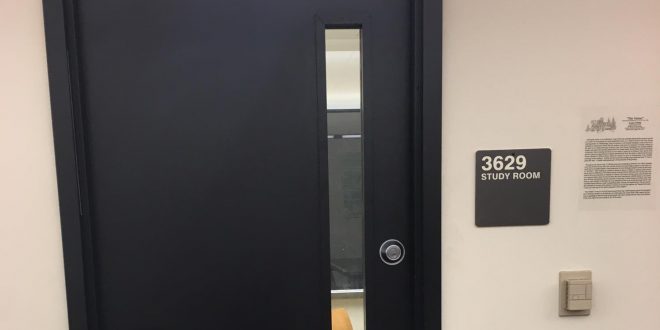 Students say there is no room to study

More than 20 study rooms are available on VSU’s campus on the first and third floors of Odum Library. These study rooms are currently on a “first come, first serve” basis. A student can go into an empty room and stay for as long as they want. This can leave other students waiting for a study room to become vacant.

A small study room has four chairs while a large one has eight. With the current system of “first come, first serve basis,” one student can enter a large study room alone while leaving other students who may want to study in groups unable to use the larger study rooms.

Blayne Hritz, a freshman pre-nursing major, believes that study rooms should be reserved for groups of students as opposed to just a single student using the room.

“I think being able to reserve a room would be a nice improvement,” Hritz said. 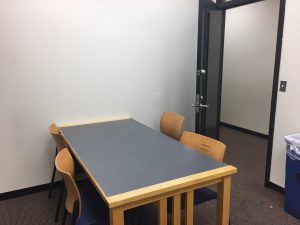 “I think there should be a minimum of three people in a large study room, two in a small one,” Gentry Cromo, a senior international business major, said.

As a student who has never used a study room, I agree they should be reserved for groups and not individuals. There are quiet labs with computers in the library where I can get my work done without being distracted.

“I’m always waiting for a f***ing study room,” Andrew Hutton, a senior criminal justice major said. “I think having an online portal to reserve rooms would be great.”

Holt said that he absolutely agrees that Odum Library should have an online portal or another platform that will allow students to reserve study rooms ahead of time. 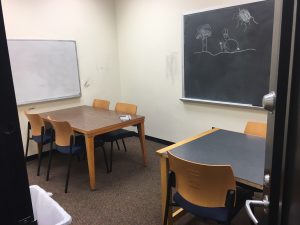 “We’re working on a way to do that now,” Holt said. “We see that the students love the study rooms and that not being able to reserve them ahead of time is one of the most common complaints we get. We want the students to know they are being heard, and we are working on it.”

Being able to have an online portal for students to reserve these study rooms can be helpful. It would cut down on students having to wait for a room or get to the library and realize there are no rooms available.

There could be downsides for reserving rooms, such as the same few students reserving the rooms for multiples hours on end. This could be resolved though by limiting the amount of consecutive hours or total hours weekly someone could reserve. 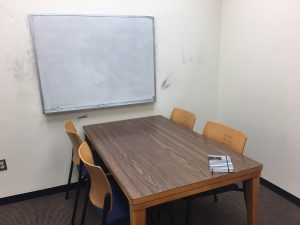 “Being able to reserve a study room sounds like a good idea,” Jared Baer, a sophomore biology major, said. “One time I was looking for a study room, and I couldn’t find one anywhere.”

Students overall seem to agree that there should be some type of online platform to reserve study rooms ahead of time and they should be reserved for groups and not just single students.

I agree there should be a way to reserve study rooms ahead of time because some students may live off campus and commute to Odum Library for a study room, only to find out there are none available.

Holt hopes that by fall 2018 the new system will be up for reserving study rooms but there is no guarantee.