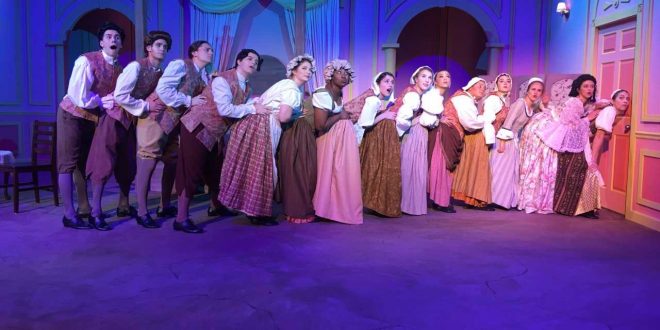 Preview: ‘The Imaginary Invalid’ a must-see

The VSU Theatre program will be putting on the production, “The Imaginary Invalid” later this week and next.

“The Imaginary Invalid” is a comedy-ballet that is performed in two acts, and is set in 1673 France during Louis XIV’s reign. The French playwright Molière originally wrote the production. 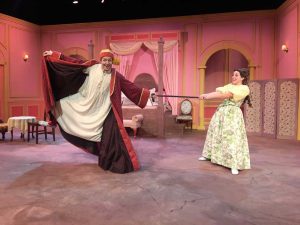 The play is based on the tale of a man named Argan, who is a hypochondriac that doesn’t like to spend money. Argan (Aaron Moore) is trying to find a doctor for his daughter Angelica (Haley Aguero) to marry so that he can get free medical care. Little does he know, she’s already in love with a guy that she met at the theater. A love triangle forms between Angelica, the man her father wants her to marry and the man she loves.

In the midst of these problems, Argan’s family play pranks on him and steal his money.  Through mischief, humor and goodwill, the audience can expect to laugh.

The set is bright and cherry. In order to make the time period and set more whimsical, the color scheme is mostly comprised of pinks, yellows, browns and other eye-catching colors. Character costumes are eccentrically done to suit the time period. The wigs are big and curled which adds more emphasis and dramatics to the costuming.

When asked about the production, the student actors were optimistic about the audience’s perception and said they expected audience numbers to be high. 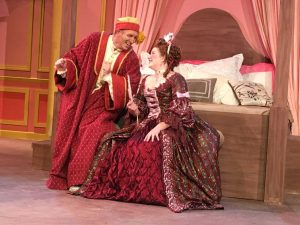 There appears to be a lot of shtick and jokes. This production will be hysterical, and will leave the audience on the edge of their seat.

The dates for this production are Nov. 9-15. According to the VSU Box Office, individual ticket pricing is $17 for adults, $16 for senior citizens, $13 for children and non-VSU students and free for VSU students with a valid 1Card.  The show runs for 2 hours and 15 minutes, with two acts and an intermission. The performances are at 7:30 p.m.  from Thursday Nov. 9 through Saturday Nov. 11 and Monday Nov. 13 through Wednesday Nov. 15. There is one afternoon showing at 3 p.m. on Sunday Nov. 12.