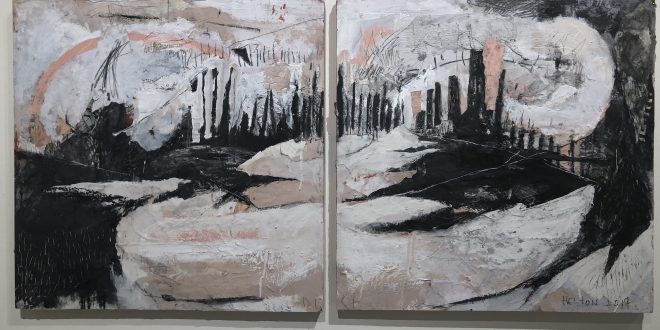 The Dedo Maranvile Fine Arts Gallery opened the 2018 Valdosta National, an all media juried art exhibition on Jan. 16, 2018. Artists nation-wide submitted their work to the exhibition. Out of the 520 submitted works 66 were chosen for the gallery, and 52 artists from 26 states are represented.

The exhibition was open-themed. This means that the artists got to create art freely and showcase their talent in the medium of their choice.

The judge was, Linda Hall, an adjunct professor at Florida State University and an artist from Tallahassee, Florida. She received her Masters of Fine Arts from the University of North Carolina at Chapel Hill. Hall’s art has been featured in the online publications “Oxford American” and “Beautiful/Decay,” as well as being featured on various album covers.

“Since this exhibition is an open theme, it was the art itself that created a thread on which to build the show,” Hall said.

There were four winners (listed from first to fourth place): “Pink Petal Crank” & “City Swallowed Whole” by Hannah Helton of Clarkston, Georgia, “Being & Nothingness” by Katlyn Brumfield of Richmond, Kentucky, “Red” by Elaine Abbe of Plantation, Florida and “Tin Hat for a Tinpot” by Mark Brown of Greensboro, North Carolina. The first place artist Hannah Helton received a $1,500 prize.

“It was a joy and privilege to jury this exhibition.” Hall said, “I was impressed by the competence and sincerity of the work submitted and it was difficult to choose (a winner).”

“This exhibition reveals diversity in intention and form of expression, it brings light into shadowy areas of our culture such as gender issues in the military, many works are driven by the human influence on the natural world and the over-arching feeling of many of these works was the evidence of the search of balance and meaning in fragmented world,” Hall said.