Home / Entertainment / The Grammys: The best and worst moments 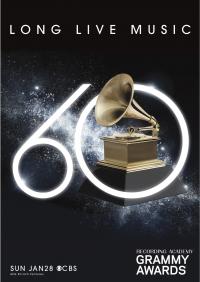 The Grammys: The best and worst moments

The 60th annual Grammy Awards were broadcasted on Jan. 28.  According to the Grammy’s website, music’s biggest night returned to New York City for the first time since 2003. For many of the artists nominated, this night cemented their spot in music history.

The Grammys this year was good. There were several high points, low points and emotional points of the night. From the performers to the fashion, this year’s show celebrated some of the diversity in the music field. But, most people on social media platforms felt as if certain artists were robbed, saying the Recording Academy doesn’t celebrate enough diversity.

Mars definitely deserved all of the awards that he received. His album “24k Magic” was one of my favorite album releases in 2017. This album sounds like he reached back in time and brought some sounds and influences from the ‘90s into 2017. Kudos to Mars for doing something that few artists get the chance to achieve.

Bruno Mars and Cardi B also performed their new hit, “Finesse,” together. I thoroughly enjoyed this performance and thought that it showcased their showmanship, and it brought a vision to life.

SZA, singer of the hit songs “Love Galore” and “The Weekend,” was nominated for five Grammys but received none. SZA was snubbed. End of story. Why invite someone to the award show and nominate him or her for multiple awards if they (the artist) aren’t going to receive anything. Most people remember how Rihanna was nominated for eight Grammys last year and received nothing for her album “ANTI.”

Speaking of Rihanna, she, DJ Khaled and Bryson performed their summer 2017 hit, “Wild Thoughts.” This performance was nice, and the set and costumes were appealing while helping the audience connect with the performance.

Kesha, singer of “Praying,” took the stage on Sunday to perform an emotional and powerful performance in regard to sexual abuse. In late 2014, Kesha went into a heated legal battle with her ex-producer Dr. Luke because of sexual abuse allegations.

In 2016, the courts sided with Sony and Dr. Luke, thus leading to Kesha’s first Grammy performance being one of the most important of the night. The performance was a collaboration effort with several artists such as Cyndi Lauper, Camila Cabello, Julia Michaels, Bebe Rexha and Andra Day. This was also her first Grammy nomination. This performance was very insightful and touching, but the delivery wasn’t there for me.

2017 was quite the year for Lady Gaga. The “Million Reasons” singer performed a song from her latest release entitled, “Joanne.” Compared to her other awards show performances, this one was toned down. It turned out to be a snooze fest.

Kendrick Lamar, who won five Grammys on Sunday, performed a medley of his songs on the Grammy’s stage. I thoroughly enjoyed this performance, seeing as though I liked his album, “DAMN.” Kendrick is a phenomenal performer and provides some of the best visuals for his craft.

Here are some of the looks that I think were homeruns for the night:

Rihanna looked radiant while accepting the first Grammy of the night for Best Rap/Sung Performance for her collab with Kendrick Lamar in “LOYALTY.”

Lady Gaga showed an element of tameness and sophistication on the red carpet.

SZA, “Love Galore” singer, wore a dress designed by Atelier Versace while showing a little skin and playing with volume.

Janelle Monae strutted down the red carpet in a fabulously tailored tuxedo from Dolce and Gabbana. The flower embroideries and the flare out pant legs are the best parts of the look.

Previous Preview: Blazers set to test streak against Hawks
Next The keto diet: pros and cons