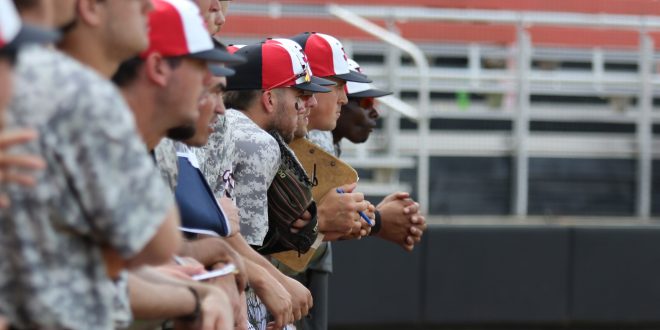 Baseball will have to do some soul searching if they hope to get out of this rut.

VSU’s baseball team had some severe setbacks this season and have been trying to save the ship before it sinks to the briny deep.

The Blazers have an overall record of 7-11. They have played six conference games and have won once.

VSU had a 6-5 record leading up to the start of conference play, though.

During their contest against Delta State, the team lost an important bat, Luke Suchon. To begin the season, the team was gaining back another important piece to the lineup, Dalton Duty, but as of now, he is out with an injury as well.

Duty was easily one of the top five players in the Gulf South Conference before he got injured and had to sit out the 2017 season. In his 2016 season, he batted .415 with 29 RBIs and had a slugging percentage of .652.

“It hurts big time,” Head Coach Greg Guilliams said. “Just like Delta State, you take the two best hitters out of their lineup, and they aren’t the same team either. It’s tough, but some other guys are going to have to step up.”

Guilliams is hoping for his players Suchon and Duty to be back in a few weeks.

Suchon’s injury was the most recent. Duty tried to comeback during the Delta State series, but only played one game of the three game series.

Since Suchon has been out, the team has gone 1-4 which is discouraging because they have four games this week. The Blazers dropped one against Flagler University on Wednesday night and a three game series against the University of Alabama in Huntsville awaits them on the weekend.

The Blazers have been hitting a .170 batting average since Suchon was injured. They also lost to Georgia Southwestern who was 2-9 on the season before the Blazers played them, and now they are 3-12 for the season.

On a positive note, the Blazers did beat the University of West Alabama who were voted second in the Gulf South Conference preseason poll this season and finished second in the standings last year.

Blazers won game three in extra innings. The game went into the tenth inning and the final score was 9-7.

The Blazer’s offense can still get something done late in a game, which is good, but the Blazers are in need of some offense if they want to even make it into the GSC tournament.

The Blazer’s pitching staff is sitting at a 4.15 era, but they are still striking out about nine batters a game.

The Blazers pitching just needs a little bit more fine tuning, and as of right now, they are better equipped than last year. The team has more quality arms than last year.

VSU is in a low spot right now, and they still are pitching better then they were last year. Last year’s era was a 4.52, and the team struck people out less then they are doing now.

“I think moving forward we will be just fine,” Ferguson said. “I don’t think it’s time to hit the panic button. I don’t think it’s a major issue. We ran into a good team too early in the season. I really do think in a month that we are going to be laughing about this and say, ‘we can’t wait to see those guys again.’ I do think we have the arms to shut Delta State down, and when we executed our game plan, they struggled. We just are not ready yet.”

The Blazers haven’t had all their prize horses in the race. Some were with the vet. Once the team gets all of their stallions back, give them a few laps to get their stride, and they will be fine.

Guilliams won’t let the team fall behind. I trust that he’s got a plan for anything that can be thrown at him. He has been around the game all his life and knows a lot about baseball.

Guilliams probably has a plan from A to Z. He and the rest of the coaching staff has to see which one works the best for the team’s overall success.

Previous The Kinderlou Preview: What you need to know about before the Blazers tee it up in home tournament
Next Column: Consistency can give Blazers advantage in post-season