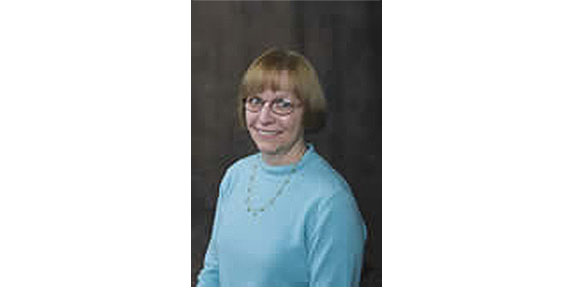 Many students know the name, Trisha Lynn Taylor, but they don’t know her on a personal level. She is the administrative assistant for Student Life and does more than send out emails.

“I do secretary work,” Taylor said. “It includes hiring, training and sometimes firing student assistants. I handle payroll union staff and handle the scheduling. Lastly, I work closely with the building managers, so I can help with things that come up.”

Taylor has worked at VSU for over two decades doing the same job. She started in 1995. That was before some students were even born.

People often wonder how someone can stay in a position for so long. Well, Taylor breaks it down.

“I am still having fun,” Taylor said. “My job isn’t too draining although it can be physically demanding. It’s still a rewarding job, though.”

Since being here, Taylor has encountered many changes in the university. When she first started, Valdosta had a smaller student population than it does now. She also said the buildings have changed.

“When I first started, there wasn’t a student union, and my office was in a building named University Union,” Taylor said. “That building was much smaller than the Student Union we have now.”

She also said the technology has changed over the course of her career.

Since Taylor has been here for so long, she’s been able to make some lasting memories. These memories of VSU will stick with her forever. One memory that was extremely vivid to her was in the old building.

“There was a really cool janitor,” Taylor said. “About once a month, he would strip the floor, wax, buff and shine everything. The radio and The Spectator would be in the building after hours, and I was the assistant advisor for the radio station which required me to stay late. After he cleaned the floor, we played up and down the halls in our socks.”

There have been some fun times for Taylor here at VSU, and some of the moments come from the students she helps.

“I’ve been handling free notary services for students since 1998,” Taylor said. “While doing this, I was able to get to know people personally as I am solving their issue. Even though the issues may not be solved right away, I am still able to help. This helped me put personal information with faces and make what I do worthwhile.”

“Working with student organizations is marvelous,” she said. “I believe in the students and what they work hard for.”

Taylor works with all students since she is a part of the student life on campus. If it wasn’t for the students, her job wouldn’t be as fun. She will miss several things about the university, but there is one thing she will miss the most.

“I will miss all the students at VSU, those I know personally and those I don’t,” Taylor said.

Her time here at VSU is slowly coming to an end as she will be retiring after 22 years of working for the university. It was two people who made her really consider retiring. One was her husband Michael and the other was Ray, one of the building managers.

“It’s becoming hard to do stuff with my husband,” she said. “I want to travel the world, but I can’t do that if I’m always here working. My husband pointed that out to me, and he was right. I don’t have enough vacation time to travel the way I want.”

Ray asked a simple question that her mind kept replaying.

After working at VSU for half her life, Taylor is ready to have some time for herself.

“It’s time for me retire,” she said. “I also like the idea of not having to wake up to an alarm clock.”

Although she is retiring, she will keep in touch with VSU but not as an employee.

“I don’t plan to move out of town,” Taylor said. “I will keep in touch with individuals that I have become close with over the years.”

VSU will always hold a special place for Taylor, and she will hold a place in her heart for VSU. She will retire but will never be forgotten.

“I don’t remember every working without Trish,” said Director of Student Life Robin Vickery. “She has been with me for twenty-two years.  So this will be a new chapter for most of us in the office.  She was always helpful, loved serving the students, and promoting our Student Life events.  As a person she was a walking wealth of knowledge on many different subjects ranging from gardening to recipes to everything VSU to the proper ways of using the copier machine. She will definitely be missed by all.”

“She was an eccentric staple of the Student Life Office and the campus community for 22 years and we will miss her greatly,” said Greek Life Coordinator Madison Beaumarchais.