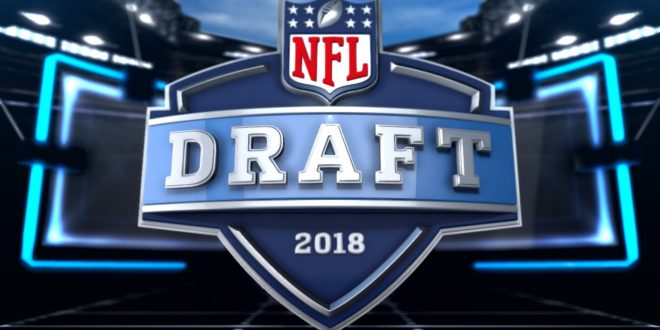 The most anticipated night of the year in the NFL is back. The NFL draft is tonight and for some teams they could get a player that can change the future of their franchise.

What’s Your Take: Can’t miss picks for the draft

The idea that the Cleveland Browns have to draft a quarterback as the first overall pick in the 2018 NFL draft seems irrational.

The first overall pick comes with a lot of hype, especially at the quarterback position. That title comes with the glorifying hype of being number one, and the pressure of being an instant impact is inevitable.

Cleveland has a haunted past with drafting quarterbacks. Since 2010, the Browns have selected: Colt McCoy, Brandon Weeden, Johnny Manziel, Cody Kessler, and DeShone Kizer. All of those guys were none factors for the Browns.

It’s no secret that Cleveland always pick the wrong quarterback, so why should they chance it and continue the trend? I have a mock draft that could stop this trend of the Browns screwing up their drafts.

This year they have the first and fourth overall picks, the Giants go second, Jets third, and Broncos fifth.

Here’s my idea how the first five picks should go:

Barkley’s talent is first overall pick worthy. Why should the Browns pressure themselves into finally picking the right quarterback when a talent like Barkley is on the board? They added Carlos Hyde, Jarvis Landry, and Tyrod Taylor to their roster. I say they stick with Taylor and let Barkley come in because Hyde’s durability has been his biggest flaw.

The Giants will certainly be hurt about Barkley going first. The benching of Eli Manning last season made people realize that Manning’s retirement is on the horizon. Even with Barkley off the board, Darnold is a good pick and could learn a lot from Manning before taking the reins.

Baker Mayfield is what I like to call, a gamer, and he doesn’t get enough respect. Mayfield has proven to be able to play on big stages against top competition, and can take on the spotlight. When playing at the helm of a New York team, the spotlight is a little bigger and the expectations are a little higher than average. I see Mayfield stepping in as a potential franchise changer.

Known for having the strongest arm in college, Josh Allen will be a good prize for the Browns after taking Barkley first (or any top quarterback for that matter). With potential of taking over the starting spot from Taylor, having Allen study the game as a backup wouldn’t hurt either.

Denver has many issues, and the quarterback position is one them. They are almost destined to be back in the top for next year’s draft, so might as well get a quality quarterback now and test him out.

After looking at this many times, my series of picks is unlikely to happen. All I’m saying is that the Browns have to be greedy. Trading up to get the fourth overall pick while having the first pick is a prime example of greed, so be greedy. Taking two skill positions will be the best deal for them, especially after getting some high profiled free agents.