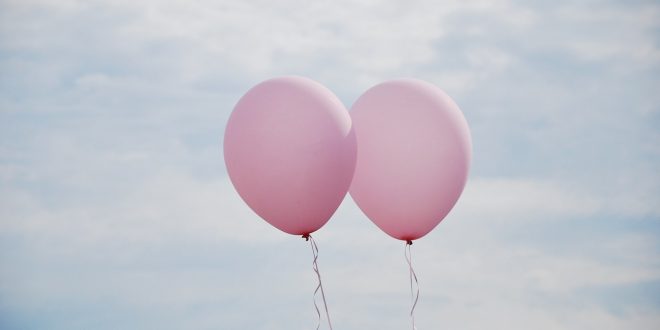 As I walked home from summer classes and received the email containing this proposed policy; I admittedly was awestruck. Respectfully sir, the frivolousness behind the enaction of such a policy is something I would akin to Washington, D.C., or more recently Atlanta, GA. There are several issues with the textual language of the policy of which I discuss in more detail below.

The purpose statement describes the act of releasing balloons as illegal under state and local codes (although it offers no specific statute). It further goes onto state that “This policy ensures that VSU does not support nor should be held legally responsible for the acts of those affiliated with VSU by sending a clear message that we prohibit balloon releases”. Under this pretense, VSU should issue similar policies for every act already deemed illegal under current laws. However, we both know that would be frivolous and unnecessary. Why VSU should enact a policy prohibiting an already illegal activity, I am unsure of. A higher institute of learning should foster self-responsibility- not a parent’s instruction manual of unacceptable behavior(s). Moreover, the vagueness of the text leaves many concerning issues. To wit, the phrase “affiliated with VSU” or “representing VSU” provides no defining context. This leaves serious concerns as a student. For example, if an organization within VSU took place in such a celebration off campus, where balloons were released, would they be in violation of this policy? What if they had no direct participation in the releasing of balloons? Would they still be in violation of this policy? Is VSU now the self-appointed governing body for students both on and off campus? This brings me to my next point.

The policy has no provisions for enforcement. This would create an issue for students accused or found to be in violation of this policy. What ramifications would then exist for their actions? Shall they be fined? While the offense may seem minute in nature, it certainly is not fair to the student who is forced to pay $15 for parking in a wrong space- an arguably equally minute offense. It is my earnest of hopes that the argument won’t be made that this policy is simply to raise awareness and that no actual persons would be help responsible for a violation of the policy. Such a notion is perhaps even more dangerous that the balloons themselves. Shall a committee with the power and authority to levy official university policy enact policies simply for the sake of enacting? Without an enforcement provision, this is nothing more than a placebo policy. Quite frankly, this seems to be a “feel good: policy.

The policy also asserts that wildlife, specifically sea turtles, could be harmed as a result of releasing balloons. Not only does the policy offer no evidence of such claim, it fails to recognize the fact that we are over 50 miles away from the nearest beach. I find much difficulty in believing a balloon, whose perseverance is less than that of an egg shell, could make such a trip.

As I am sure you are aware, recent cities have banned drinking straws, citing similar concerns. Not only does this infringe upon the rights of others, it also has baseless research and merit. For example, the proposed “paper” straws take more energy to produce, thus creating an overall more harmful impact. I fear this too could become the case with a balloon release ban. As I am sure you are aware, young college students are quite creative. I would be intrigued to see what remedy exists for a balloon substitute- of which, would undoubtedly be more harmful to the environment and domestic tranquility.

I close with a plea. Let’s have the “feel-good” policies to the elected professional politicians. We all know they already do enough of that. We should focus our efforts instead on the pursuit of higher thinking.

Previous Get Rid of Bullying for Good
Next Review: “Sweetner” shows cohesion and growth