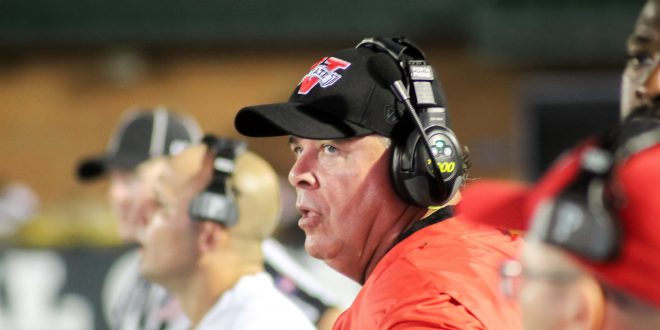 Head Coach Kerwin Bell is looking to deliver another victory this Saturday to improve to 4-0 on the season, his best start since 2013.

The VSU Blazers have feasted on their first three opponents, but this week’s game looks more like an appetizer.

After an upset win over West Alabama last week, the Blazers find themselves in great position for another early Gulf South Conference victory, facing the troubled Shorter University Hawks.

Last season, the Blazers shut out the Hawks 52-0 on Nov. 11. In perspective, the Blazers currently average about 53 points per game. That is not a good sign for Shorter.

Shorter has found themselves on the opposite end of the stick, losing their first three games of the season by an average of about 60 points. They have failed to keep up with their opponents, scoring a total of 30 points.

Stopping the run has also been a calling card for the Blazers and this weekend there should be no issues continuing it. As the No. 1 rushing defense in the GSC, the defensive line will look to get into the backfield – just as they have done up to this point.

Junior defensive tackle Joseph Mozone believes the team will get the job done this Saturday in front of the Blazer Nation.

“We will get to the ball because that’s something we have practiced for so long,” Mozone said. “It should be a great defensive game.”

Those words should hold true as the Hawks rank No. 8 in the GSC in total offensive yards per game, barely edging North Greenville for last place. Defensively, they’re an all-you-can-eat buffet for opponents, giving up nearly 1,700 yards over three games.

The Blazers are tied for No. 1 in the GSC standings with Florida Tech and are looking to continue dominating.

With a win at Shorter, the Blazers will increase their streak to 4-0. The last time the Blazers opened a season with four victories was 2013. Shorter was one of the teams beaten by the Blazers during that streak, losing 41-0 in Valdosta.

The last time the Hawks scored against the Blazers was in 2015, ultimately losing to the Blazers 37-22. If history repeats itself, the Blazers should be in for another commanding win.

The matchup will take place Saturday at Bazemore-Hyder Stadium in Valdosta at 7 p.m.

Previous ‘It’s here for the students’: SGA gives up to $500 to orgs, $150 to students
Next VSU Golf Prepares for Country Club of Columbus