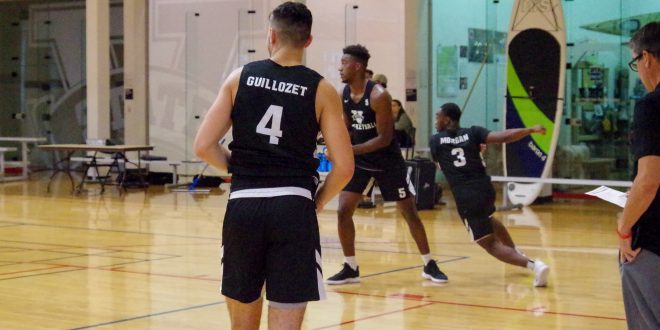 Blazers will travel to Albany State on Saturday Nov 9. for the season opener.

Blazers fueled for the regular season

Head Coach Mike Helfer wants to carry this dominance into the 2018-19 season with a roster full of seven returning senior players.

One of those seniors includes the 2x All-American Point Guard, Beau Justice. Justice has led the Blazers to an overall record of 37-5 versus GSC opponents in his time at VSU. Last season, Justice reached 1,000 career points and was awarded the GSC Player of the Year and D2CCA South Region Player of the Year.

Besides all of the individual accolades, this season has already gotten off on the right foot for the Blazers in the GSC Pre-Season poll. Valdosta State received 143 points and 11 of the 13 votes for first place in the conference topping the rival Argonauts of West Florida.

The Blazers started practice mid-October and have already played an exhibition game in Tallahassee, Florida versus Seminoles of Florida State University (#15 – D1). The pre-season matchup gave Coach Helfer a first look at the team’s form for this season despite losing the game 99-77.

After playing Albany State and Fort Valley State in the GSC/SIAC Regional Challenge on Nov. 9 and 10, the Blazers will be at the complex for the first home game of the new season versus Tuskegee University.

The team’s seven senior players and a roster full of talent look to make this season another one to remember.