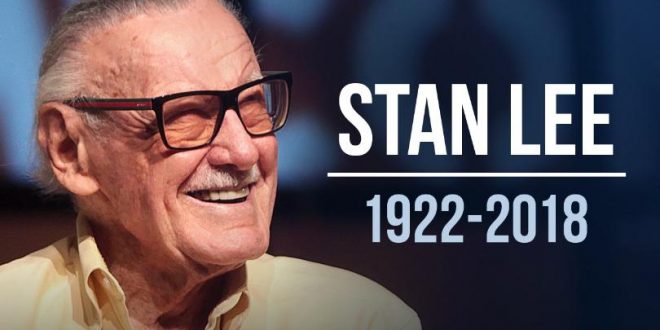 Nov. 13 was a day of mourning for comic fans worldwide after discovering that Stan Lee, a man responsible for much of the Marvel Universe, was pronounced dead at 95.

Lee was born as Stanley Martin Lieber on Dec. 28, 1922. He was born in New York City to Romanian immigrants and spent much of his childhood watching his parents struggle to survive during the Great Depression.

By 1939, he changed his name to Lee and was hired as an office assistant at Timely Comics, a company that would eventually become Marvel Comics. In the early 60’s, Lee was eventually chosen by his supervisor to create a comic to compete with their rival, DC Comics.

This project led to the co-creation of the “Fantastic Four” and served as the beginning of a legacy for the comic fandom. Lee eventually went on to create popular characters like Spider-Man, the X-Men, the Hulk and Thor.

Along with his unforgettable comic book heroes, Lee was known for developing an entirely different approach to comic creation. Rather than leaving his artists with scripts to illustrate, Lee would summarize his stories and allow the illustrators’ imaginations to guide them. This practice became known as the “Marvel Method.”

With a legacy broad as his, it is clear to see why his death has caused a wave of sadness across VSU campus and across the world.

“He was the greatest of all time,” Austin Blanton, a sophomore communications major, said. “He was a creative genius, and he seemed like an amazing person all around.”

Sophomore and Biology Major, Zia Murdaugh, was also impacted by the legacy of Stan Lee.

“He was such a brilliant person,” Murdaugh said. “He believed in diversity, and it showed in all of his comics and movies.”

Lee worked hard to inspire the minds and imaginations of people worldwide, and this effort did not slow, even in his years spent in poorer health.

Stan Lee may have passed, but the legacy he left behind is one that will live on forever.