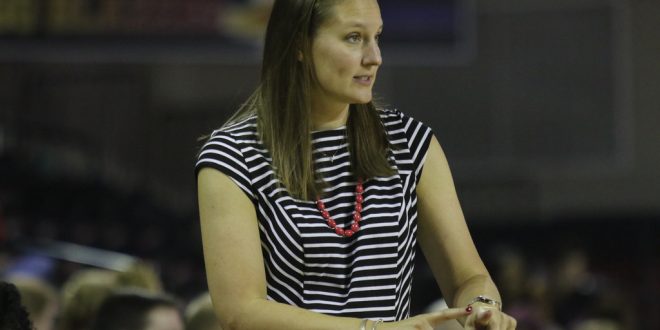 Lady Blazers have lost three consecutive games, falling to No. 10 in the Gulf South Conference.

Lady Blazers drop out of top 25, lose to Union

No revenge this time.

A season ago, the Lady Blazers were eliminated by the Lady Bulldogs in the Sweet Sixteen of the NCAA Tournament.

But the biggest question is: What is going on with the Lady Blazers?

Since being ranked No. 23 in the WBCA preseason poll and getting off to a 2-0 start, the Lady Blazers have been on a three game skid.

The team as a whole seems to be in a slump.

“All three games we have did our job defensively,” Head Coach Carley Kuhns said. “I think we’re getting good shots and getting to the free throw line, but we’re not scoring the ball.”

Since, they have dropped in the ranking and are now unranked in the polls.

The style of play has shifted from a bang down low type of offense last season to a jump shooting oriented game plan.

“I think it’s going to take us some time to gel,” Kuhns said. “Once we adapt and start seeing shots go in, we will be fine.”

Senior Guard Sonya Franklin has been a constant, averaging nine points per game and 5.6 rebounds during the Lady Blazer’s three game slump.

She feels that the team can shake off their current struggles and use it as a lesson for the rest of the season.

“We have to retain information and carry it over to the game,” Franklin said.

Franklin expressed how she feels that this current team could be something special, but it won’t just be given to them without hard work.

“We’re fast, skilled and athletic,” Franklin said. “We have everything a team needs to be great, but we have to play hard and have fun while doing it.”

The Lady Blazers will have their fans on their side in the next two games as they will attempt to break out of their woes.

Saturday, (2-1) Christian Brothers will visit The Complex. Tipoff is slated to start at 6 p.m. ET.