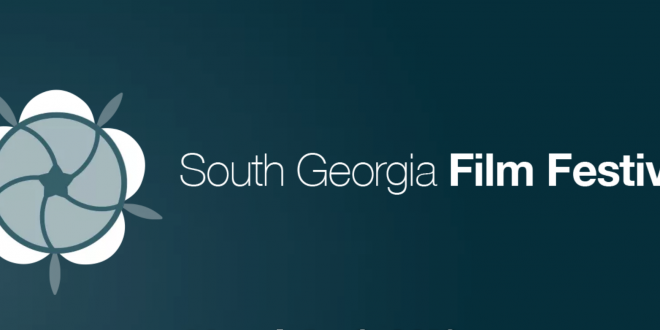 The South Georgia Film Festival is March 1-3 and will feature 100+ films and movies.

This year’s South Georgia Film Festival is slated to be the largest yet, featuring 113 films from around the globe and 13 panels. The festival will span over three days, and screenings will be available in two locations on campus.

However, the festival has not always been the powerhouse it is today. It came from humble beginnings and an unlikely place: the Netherlands. Festival Director Jason Brown said it also only entailed one filmmaker.

“The Turner Center helped find a donor to cover the costs for filmmaker Jotja Bessems to visit Valdosta from Amsterdam,” Brown said. “That first year consisted of a screening at the Turner Center and the Student Union of Bessems’ film ‘Our Soldier.’”

Bessems’ film ‘Our Soldier’ centered on the adoption of a soldier’s grave by her parents and their connection with the soldier’s family across the ocean in America.

The Margraten American Cemetery in the Netherlands is a sobering sight.

Bone-white crosses sweep across a vivid green field with soldiers regimented even in death. It’s a stark marble orchard filled with each of the 8,291 sprouting headstones representing the Nebraskan farm boys, New York City professors, etc., felled by the Nazi scythe.

What’s unique about this cemetery, however, is the Dutch people’s insistence to remember the fallen. Locals can “adopt” a service member’s grave to care for and to honor their memory, a tradition that has held since 1945, one shown within Bessems’ film.

Death and war are no strangers, and cemeteries such as these are not unusual. It contains resolute ghosts standing silently after the clamor and the fighting has gone.

Reverent eyes will spot bouquets of flowers, heartfelt messages or family portraits as they scan the cemetery grounds, breaking the white monotony and loudening the silence.

So, from America to the Netherlands then back to America came the story of a soldier, and with it the human trait which binds us all, regardless of national origin: gratitude.

The significance of gratitude was not lost on the festival’s founders, either.

“We wouldn’t be here [having the festival] without Dean Pearce and the Valdosta State University College of the Arts and the Annette Howell Turner Center for the Arts,” Brown said.

Dean Pearce was an original donor to the festival.

“Our Soldier” was screened back in 2017, and since then the festival seemed to be a creature of its own, growing and pulling in talented filmmakers from across the world.

“What unexpectedly happened [was that] we received hundreds of submissions from filmmakers around the world,” Brown said. “We realized then that the festival had much larger potential and chose to grow it from there.”

Kathryne Garrido, a high schooler from North Carolina, took home the top prize for her stop-motion film “Daydreamer,” a film she claimed took a month to create for every minute on screen, an impressive feat.

In recognition of their talent, VSU awards high school winners with a $2,000 scholarship to attend.

“Our number one goal is to bring people to Valdosta,” Brown said. “We want to provide a venue where filmmakers want to show their work here. While they’re here, we want to show them why they should make their next film here.”

It certainly seems to be working. With more than 450 film submissions from places like France, Brazil, Spain and so many other places, the “competition” will be tight. But with three days of non-stop free (for VSU students) movies, it’ll be time to sit back and watch the show.

The South Georgia Film Festival will be held on March 1-3 in the Student Union Theater, with panels taking place in the Mass Media Building. Films and panels are free for VSU students, but all non-students must purchase a $15 day pass to attend.

All parties must purchase the $40 festival pass to attend networking events and after-parties if they aren’t in a student group or volunteering.