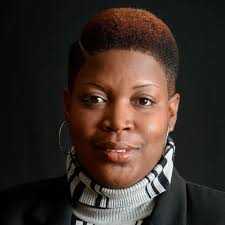 Dr. Sandra Y. G. Jones is a VSU alumni and the Director of Diversity and Inclusion.

Her work and time at VSU has not just been as the director of SDI—she’s also a VSU alumna.  Having moved from her home city of Rochester, New York, in 1999 via the military, she began her education here at VSU in 2003 and attended sporadically until 2012. Despite receiving her education and being here nearly 20 years, Jones still considers New York to be home.

In 2014, Jones graduated with a double major and received a Bachelor of Arts in sociology and anthropology, and philosophy and religious studies.

Her knowledge and background in therapy helps in her current position as director of Student Diversity and Inclusion. This allows her to highlight the importance of diversity through programs such as VSU’s The Factuality.  She acts as the voice for people groups who feel underrepresented.

“I plan and implement programs and events to create an inclusive and supportive campus environment for students through an understanding and appreciation of differences and intersectionalities of all, in general and marginalized, underrepresented groups specifically,” Jones said.

She feels passionately about her job, although it is not always easy. Jones finds it’s difficult to be director of SDI because not everyone values the diversity VSU has to offer. Some people also tend to hold bias and choose not to be accepting of people who are different from them.

“Dealing with people who possess a narrow perspective or see others through the lens of [his or her] own bias with no desire to expand capacity for understanding or awareness, makes the efforts of my office difficult,” Jones said.

But planning events for Black History Month, an important part of Jones’ job, helps her deal with these people. She believes observing Black History Month presents people with many opportunities to learn about and admire the many accomplishments and contributions that African Americans have made throughout history.

Jones feels Black History Month, in conjunction with academic programs such as African American studies, is a tool of empowerment for black students because it allows them the chance to learn about themselves, their culture and their history through their own eyes, rather than the eyes of others that sometimes tend to “diminish or eradicate the truth.”

“The observance of Black History Month is extremely necessary and relevant due to the historical and current lack of reverence of lives,” Jones said. “Black History Month will continue to be necessary until such time as the histories and significant contributions of people of color become intricately woven into the fabric of every area of American culture and valued.”

This proves Black History Month is not just for African Americans but for everyone, and Jones urges all students to use this month, as well as their college careers, to learn more about the culture, despite social constructed biases or media portrayal.

Although 28 days is not enough time to even begin to celebrate such a rich culture, as well as reflect on the dark injustices that Black History Month aims to do, Jones thinks VSU offers a wonderful “variety of events” during Black History Month. Jones and her office aim to keep working with VSU students and administration to present excellent demonstrations throughout the month.

She also urges all students to become critical thinkers and create new experiences, which means students must leave their comfort zones and “[learn] to value people and their experiences that are different from [students’ own].”

Jones believes that VSU’s student body and administration has the capacity to be a leader in diversity and inclusion efforts for many colleges in this area, despite the fact the office of SDI is new and hasn’t built up its resources yet.

With her educational background and vision for the SDI office, Jones is up for the challenge of a new position and appreciates the opportunities VSU has given her both as a student and as a professional administrator.

This is a sponsored letter from VoteAmerica – a nonpartisan nonprofit dedicated to increasing student ...