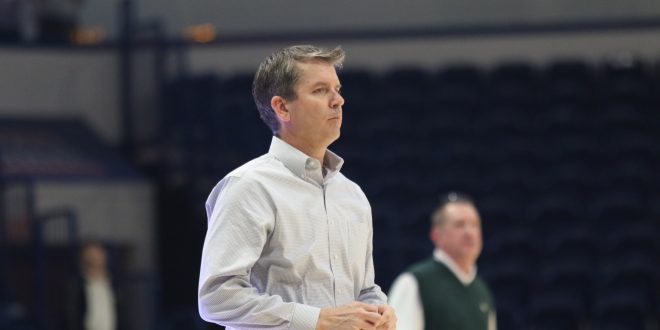 The Blazers lost to the University of Georgia last Friday, 93-81.

Blazers move into NCAA South Regional as No. 4 seed

After losing in the Gulf South Conference semifinals, the Blazers were selected to compete in the NCAA tournament, announced March 10 by the NCAA.

For the season, VSU is 26-4. The Blazers have won three straight GSC regular season titles, sharing the title with West Alabama.

VSU and UWA tied for a 16-4 record in conference matchups. The Blazers defeated the Tigers on two occasions this season.

Oddly enough, the two will face off once again, as the seeding has No. 4 and No. 5 squaring off. UWA will be the No. 5 team.

Whomever wins the matchup will go on to face the winner of No. 1 Nova Southeastern and No. 8 Miles College.

The first round will be played on March 16.