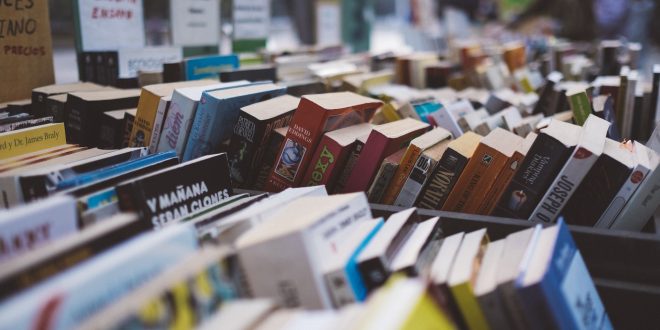 Go cop your textbook on Amazon.

College textbooks are a whole scam

There is no reason for textbooks to be so expensive.

Not an astute observation. Not an original observation. Rather, it is one uttered by every college student across every campus around the nation. “You know, it’s totally predatory what they’re doing,” we say to our friends as we wait in line and open our wallets, or even worse, type our credit card number in online. It’s uttered by everyone because it’s true. There is no reason for the required access to knowledge to be financially predatory.

According to Business Insider, the average price of university textbooks has risen 67% in the last 10 years, a fact which most university students are aware of, even if they haven’t heard the exact statistic. This is largely due to the fact that only five textbook companies (Scholastic, Houghton Mifflin, Pearson Education, McGraw-Hill and Cengage Learning) control 80% of publishing and manufacturing.

With very few independent textbook publishers, the “big five” are free to pump up textbook prices to exorbitant amounts, so high that most students figure that the books themselves are not worth purchasing. The average student spends $662 annually on course materials, and with prices like that, 67% of students choose to simply not purchase required textbooks.

It’s not a good idea-in fact, it’s terrible-but the fact that these companies are able to potentially destroy a student just to line the pockets of five CEO’s says something about their predatory nature. When a student attends a university, he or she assumes that the university will be able to provide them with a satisfactory education. If that education is subverted because the student cannot afford yet another “additional cost,” that university does not deserve to be attended.

So, spending close to $700 in one sitting is bad, right? Well, not always. Sometimes you get something of real substance in return for your $700. Sometimes it is something extremely fulfilling, that you’ve been looking forward to for a long time. Not in the case of textbooks. What could be less fulfilling, less morally justified, than sitting down and spending $700 and walking away with three or four online codes, strings of numbers which allow you to access a course that you paid for at a university you paid for. At least we get free t-shirts, right?

To make matters worse, the companies also release “new editions” of their textbooks every few years. With revisions as small as altering a heading or switching the order of sections, these new editions render the older ones obsolete and force students to perpetually purchase new editions of their books.

All of this is great for filling the pockets of the higher-ups of these five companies, whose salary information is *gasp* quite difficult to find.

According to Salary.com, the CEO’s “official” salaries are as follows:

·         Nana Banerjee, CEO of McGraw-Hill, as well as the dystopian sounding Verisk Analytics, has a net worth of over $100 million.

·         Michael Hansen, CEO of the private company Cengage Learning, has no financial information.

Considering how much they make, these CEO’s have surprisingly little personal information. Their day-to-day (which probably involves a lot of yachts and secret rituals) is virtually nonexistent, except for the fact that Michael Hansen allegedly enjoys Bikram yoga, a form of hot yoga. Cute.

Luckily, there is a handful of organizations which believe that textbooks should be entirely free, and certain universities include the price of textbooks in tuition or offer renting services. Even with these attempts to create affordable education materials, it doesn’t seem as if the hearts of these corporations will change any time soon.

In an attempt to make education more accessible and combat high textbook prices, VSU offers students the chance to organize classes by the cost of textbooks. Unfortunately, it’s a small straw sucking a little pain from a massive pool of inequality.

So, let us know your opinion. What was your most expensive textbook? Who do you believe should bear the cost of textbook prices? Let us know!

This editorial was written by a member of the editorial staff and expresses the general opinion of The Spectator. Photo courtesy of Pixabay.