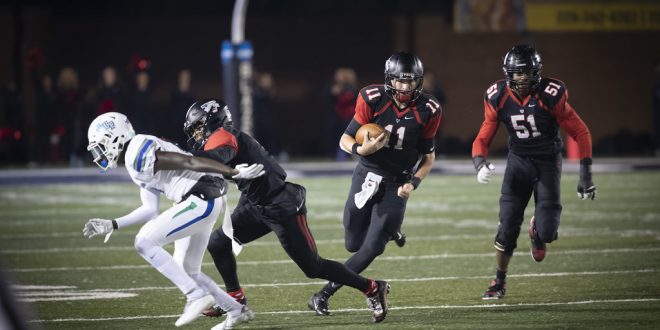 Coming off its second-straight undefeated regular season and a Gulf South Conference record of 25-consecutive victories, the VSU football team have sealed the top seed in the Super Region Two for the Division II Football playoffs.

Lenoir-Rhyne follows the Blazers with the No. 2 seed, while Bowie State and Wingate round out the third and fourth sports, respectively.

The Blazers also earned the coveted bye to the second round of the playoffs. This gives the Blazers time to rest, heal, and prepare for their next opponent on Nov. 30th which will be hosted at Bazemore-Hyder Stadium

The Blazers will play the winner of the matchup between Wingate and West Florida. Looking back into this season, the Blazers faced West Florida roughly two weeks ago and had a close game with the Blazers surviving, 26-21.

These teams haven’t faced each other in eight years so if Wingate pulls off the win against West Florida, a game of great measure could be played against this team and could give the Blazers a run for their money.

VSU has now been in the NCAA postseason for a now 17 times and are defending the national title. Last year, the Blazers faced Ferris State in the national championship and came out just by a hair, 49-47.

The national championship will be held in McKinney Texas again at the ISD Stadium on Dec. 21.