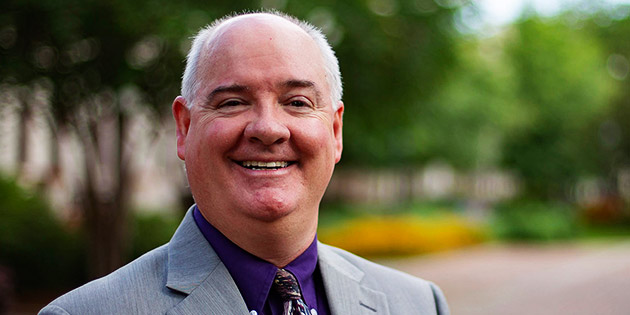 Dr. James LaPlant, current dean of the College of Humanities and Social Sciences, will assume the interim dean role of the college.

In the wake of former dean Keith Walters’ arrest in a child sex sting operation, VSU is left with a gaping hole in the College of Sciences and Mathematics. Dr. James LaPlant, current dean of the College of Humanities and Social Sciences, will assume the interim dean role of the college.

Dr. Theresa Grove, associate dean, will work in conjunction with Dr. LaPlant to keep the college afloat. Dr. LaPlant will be replaced once a new dean is hired full-time, which could be later this year.

“A national search will be launched later this year for a permanent Dean of the College of Science and Mathematics with the new dean starting sometime in 2021,” Dr. LaPlant said.

The university has not announced an exact date for the search to begin.

This is not the first time Dr. LaPlant will take on the interim dean role. In Summer 2018, Dr. LaPlant was thrust into the role for the new college following a would-be hire who did not assume his position that was scheduled to start on July 1, 2018.

The college was created in 2018 after the decision to split the College of Arts and Sciences into two colleges.

In addition to LaPlant being the interim dean for the college, he was the head of the search committee charged with finding the first official dean, which eventually became Dr. Walters. Dr. LaPlant remarked that the search committee was “well-constructed and well-equipped,” according to a Spectator article written at the time.

Walters worked as the chair of the chemistry department at Northern Kentucky University, a position he held for seven years. LaPlant was pleased that the kind of person they were looking for rose to the top of the “strong pool of applicants,” adding that, at the time, Walters was a great fit for the new college.

Dr. LaPlant remains optimistic in his second stint in the role.

“While it is of course under difficult circumstances, it is my honor to work with the very talented faculty and students in the College of Science and Mathematics,” he said.

With Walters now on immediate administrative leave, Dr. LaPlant will now oversee all active and future projects in the college. The college includes many departments such as biology, computer science, physics, astronomy, chemistry, engineering studies and others.

“We have a great administrative team in the college along with faculty centered on student success,” Dr. LaPlant said. “So, we will continue to advance our initiatives on expanding experiential learning for all students in the college, improving retention and graduation rates of students across all academic departments in the college, and recruiting new students.”

Photos: Over 2,700 students move on campus for fall semester

After former dean Keith Walters was arrested for the involvement of a child sex sting ...