Home / Entertainment / ‘Work It’: Sabrina Carpenter dances her way into the spotlight 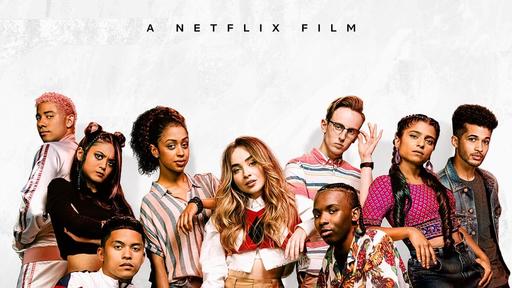 When genius high school senior Quinn Ackerman (Carpenter) vows to be accepted into her father’s alma mater, Duke University, she enlists the help of her best friend Jasmine Hale (Koshy) to start a dance group with the hopes that they will win the “Work It” dance competition and impress the university’s admissions office.

The only problem is that Quinn cannot dance. The only chance her team has of beating the reigning champions of the competition – The Thunderbirds, headed by the arrogant Julliard Pembroke (Lonsdale) – comes in the form of Jake Taylor (Fisher), a previous winner of the competition.

The soundtrack for the movie included well-known artists such as Dua Lipa, Gloria Estefan and Daphne Willis, as well as two songs by Carpenter and Fisher. The songs all fit the theme of the scenes they were in, and the choreography for them was exquisite.

All actors in the film were remarkable. Each one was able to showcase just how brilliant their dancing and acting skills are.

Many of these actors have had previous dance experience, yet to some of their audiences – such as Liza Koshy, who is better known for her comedic sketches – is the first film where their dancing skills have been used.

This is all thanks to director Laura Terruso, who made sure to shoot each scene in ways that showed each character involved in it. It is no doubt that her directing skills were the highlight of this film

Terruso made sure to show the importance of each scene. She did not continuously film full body shots during dances, making sure to zone in on different parts of the body such as hands, feet, and the actors’ facial expressions.

The stunning visuals of the film are something that should be applauded. Sets and filming locations brought the atmosphere of each scene to light instead of simply being there to fill the void. If a scene was more dramatic, lighting and color schemes of the background brought out that atmosphere. The same happened for scenes that were lighthearted and cheery.

Overall, “Work It” was a remarkable film with an amazing cast, crew and soundtrack. With a runtime of 93 minutes, it is definitely worth the watch.

Previous People Poll: Are you registered to vote?
Next Photos: VSU’s campus transforms during COVID-19