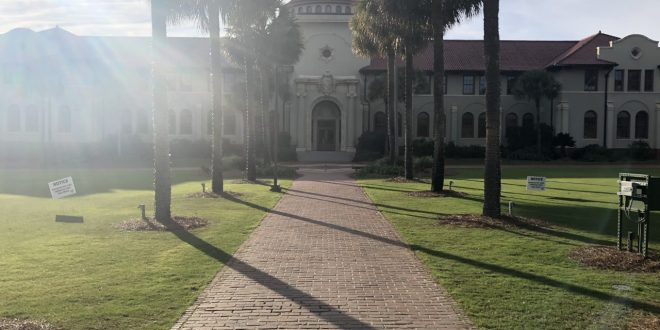 The amount of freshmen who have enrolled at VSU for fall 2020 has increased by 48% since last year, with an overwhelming 3,437 students.

This increase had led to approximately $4 million in increased revenue for VSU, according to VSU President Richard Carvajal.

According to Ryan Hogan, VSU’s director of admissions, the increase can be attributed to a variety of changes. VSU has been gaining new students not only from Georgia, but also from the bordering states: Alabama, Florida, and South Carolina. Since 2018, students from these states are charged in-state tuition, a much more affordable cost than the out-of-state price.

“We are offering in-state tuition to our bordering states. We are also trying to get the Valdosta State name in front of students as early as their sophomore year of high school,” said Hogan.

Hogan also praised VSU for its academics and the Academic Support Center. He said that VSU’s mission is to get to know its students and their hopes, dreams and goals.

Another factor in the increase was the elimination of VSU’s SAT and ACT requirement. Due to COVID-19, the tests were cancelled in large numbers.

“We, as a higher education community, decided what was best for the students. [We are] still admitting students who have the ability to be successful into the school, which is one of our biggest goals, because we want to ensure that we are supporting them until graduation. So, we did become test-optional. [We] are not requiring the SAT or ACT for all students,” he said.

The test-optional policy gave freshmen an advantage with getting into colleges.

“It (VSU) reminds me of Florida. It’s close to home,” Maria Vega, a freshman business administration major, said. “I actually didn’t plan on going to college but once I heard you didn’t need SAT/ACT scores for the school, I took the advantage.”

However, there were students who have taken the SAT or ACT and still benefited from the policy.

“I came to VSU to get out of state and meet new people. I took both the SAT and ACT, but I didn’t get a high enough score,” said Sophie Willingham, a freshman criminology major from Jacksonville.

With this enrollment increase, VSU had to increase the amount of face-to-face classes to help accommodate for the increased freshman class and the virus.

“We were scheduling just as many face-to-face courses this fall as in previous,” VP for Academic Affairs Rodney Carr said. “Because of the enrollment increase, we increased them even more so. So, we had to make some of those adjustments on the run, but our faculty were one of the leaders in the state and the fear of this was set aside back in March when we did this.”

Carr believes that this record is not due to the pandemic, but due to how the school handles its students by providing opportunities of success like the academic support center and the counseling center.

“It’s a different type of university, so we are starting to see all of the hard work of the faculty which so happens to coincide with a global pandemic. But our response inside of a global pandemic has also been one to lead, not just sit back and watch what happens,” he said.