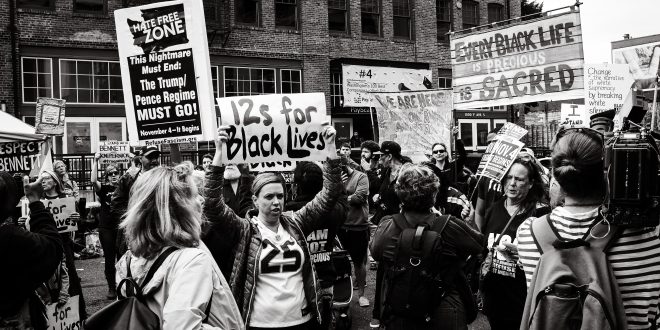 History is repeating itself as the deaths of George Floyd and Breonna Taylor sparked nationwide protests over racial issues similar to those that happened during the civil rights movement.

The protests are the result of the police brutality against African Americans including, but are not limited to the deaths of Floyd, Taylor and Ahmaud Arbery, .

According to data published by the Statista Research Department, 721 civilians have been shot to death by the U.S. police and 142 of them were Black, as of Sept. 28. The statistics also show the rate of fatal police shootings for Black Americans was higher than that of any other ethnicity at 32 fatal shootings per million of the population as of Sept. 2020.

The controversial movement of Black Lives Matter have responded to killings of African Americans by the police with organizing protests, marches and rallies.

These protests are similar to what occurred when the civil rights movement was in full swing in the mid-1950s- 1960s. More specifically, the uprising and protests that happened after the assassination of Dr. Martin Luther King Jr.

However, we are in a pandemic, so this factor largely affects how these protests are being handled.

As states began to phase out the stay-at-home orders, protests became more frequent. These protests had large crowds which has been a concern of causing an increase in COVID-19 cases .

This just goes to show how strongly people feel about this matter to get out and peacefully protest under these circumstances.

Although most protests have been peaceful, some turned into violent riots including looting and the destruction of property. This is similar to the riots that occurred in 1968 when Richard Nixon seized the “law and order” campaign.

There were many different methods of protesting during the civil rights movement. These included boycotts, sit-ins, marches and violent militant groups.

Protesting now looks very different with mask-wearing and social distancing encouraged. Some online vigils are even available to join in on Zoom and petitions are circulating.

The BLM movement is supposed to bring awareness about violence by police and other citizens against Black citizens in the United States. Similarly, the civil rights movement was organized in efforts to end racial discrimination and gain equal rights.

Both movements majorly deal with the injustice and inequality that African Americans still face today, even after all these years.

Previous Your Vote Matters
Next People Poll: How do you feel about the new Spring Break changes for spring 2021?