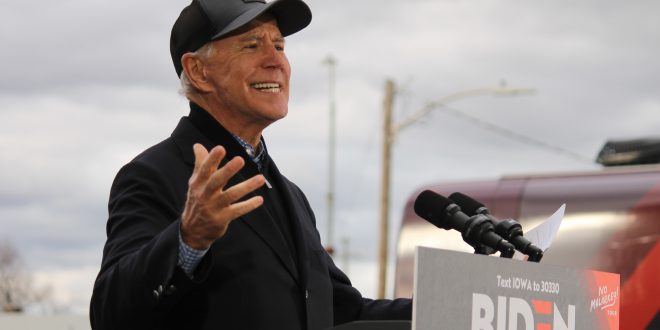 When 2020 began, many of us were not expecting just how life-changing, unprecedented and groundbreaking the year was going to be.

Through racial unrest, political division and a global pandemic, we are ending the year anticipating that the next year will be a lot better.

At the very beginning of the year, speculation that World War III was coming took social media by storm after Iranian military leader Quasem Soleimani was killed on Jan. 3 in a U.S. airstrike. Iranian President Hassan Rouhani responded to the news by tweeting “The great nation of Iran will take revenge for this heinous crime.” Americans quickly reacted to these rumors, with some in fear of impending doom, while plenty of others generated memes. This would set the precedent for just how shocking 2020 would be.

As a key modern figure of gender quality and women’s rights, the death of Associate Justice Ruth Bader Ginsburg left people wondering who President Trump would choose to follow in her legacy. His decision would prove to be controversial, appointing Amy Coney Barrett as her successor. This would add more fuel to the current political division between the left and the right.

Black Lives Matter was a key social and political movement for the year. The deaths of three African American citizens, Ahmaud Arbery, Breonna Taylor and George Floyd, sparked protests all over the world in hopes to obtain justice for the victims. The racial unrest this year was so plentiful that many feared that an oncoming race war may be possible in the future.

The 2020 presidential election was unquestionably the peak of the political divide between Democrats and Republicans. Throughout the whole year, citizens have been paying close attention to the events leading up to the controversial and splitting election. Throughout election night and the days following the election, many Republicans made claims of voter fraud due to the upset victory that Democrat nominee Joe Biden pulled off to become the next president of the United States.

When we look back on 2020 in the future, COVID-19 will undoubtedly be the first thing that we think of as we spent most of the year in isolating, social distancing and sanitizing ourselves in hopes of preventing the spread of this virus that has seemed to put the world on halt. While a pandemic in itself is not political, COVID-19 has played a role in the election, furthered debate between political parties and impacted decision-making in government and law. COVID-19 is 2020, and we will always look back to this pandemic as the most defining moment of the year, even as we continue to fight this disease in the new year.

2020 was a year of controversy, confusion and craziness. As we look forward to 2021, many of us are hoping to see positivity, prosperity and change for our world.