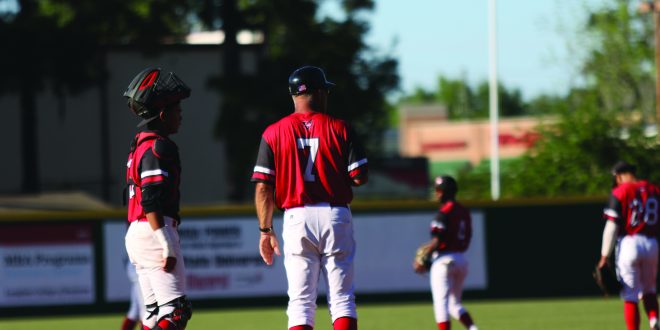 The VSU baseball team is preparing for the 2021 baseball season.

This one will be different than any season the school has had due to the ongoing COVID-19 pandemic.

Last year, the Blazer’s baseball season was cut short two weeks into the season, following the rise of COVID-19 cases across the country.

Both the coaches and the players—including seniors who got a second chance to finish their college careers—are making the most of the time spent with each other this season.

“We are just going out there in practice every day and are trying to have fun and make the most of it,” Chase Coker, a senior outfielder and market management major, said.

This unique season brings additional hurdles for VSU to jump over.

According to Head Coach Greg Guilliams, the Gulf South Conference recently had a Zoom meeting to set up eligibility requirements to play games. The conference agreed that teams must have a minimum of 20 eligible players, including nine pitchers and two catchers.

With the requirements in mind, Guilliams says he has had to approach practice differently to determine who will play where.

“All positions are up for grabs this season,” Guilliams said. “We are trying to reach a goal where all players are able to play two positions so that we can get through the season, though not many people are cut out to play catcher.”

There are also differences in the schedule this year compared to normal years.

According to Guilliams, the scheduled games were cut back from 50 to 40, with 36 of those games being conference games.

Another notable difference in the schedule is that conference play will begin on the first week of the season rather than the third week, which is when it normally starts.

Zach Blankenship, a fifth-year senior pitcher and applied mathematics major, said he has mixed feelings about this year’s schedule.

“We have to play three nine-inning games on weekends, including two games in one day, so it will be a challenge,” Blankenship said.

Logan Stephens, a senior outfielder and business administration major, says he is glad that the schedule was not severely cut back.

“It is nice that we only lost a few games,” Stephens said. “Some of us thought that we may lose like half of our schedule, so it is good that we did not lose a ton of games.”

Guilliams says he has his own concerns about the schedule.

“Losing basically our entire nonconference schedule hurts us some because we do not have much of a chance to play some games to find an identity before heading into conference play,” He said.

The baseball season is set to begin on Feb. 6 at home in a three-game series against Mississippi College.