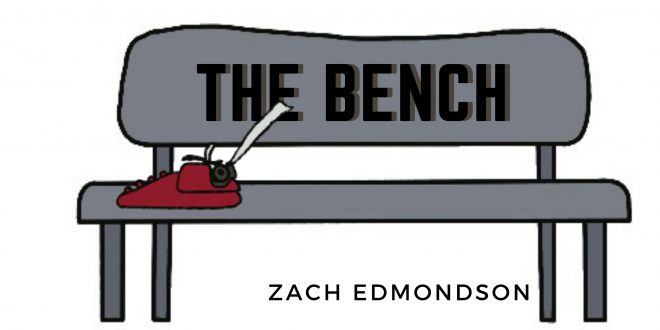 Thanks to “Titletown High,” Netflix reality TV has made its way to Valdosta to document the Valdosta High School football program, a couple of key players and a couple of not-so-key players.

It was filled with all story, drama, faux “off-camera” moments and cringe that we have come to expect from reality TV.

There were a couple of valuable plotlines for viewers to follow, but at the same time, there was so much high school drama that muddied up the show overall.

I’ve heard the same reaction from several people already: “I was excited about it because I thought it was going to be about football, but then I was sitting there listening to high school sophomores talk about love.”

I get that producers feel they must throw in dramatic subplots to reach wider audiences, but I feel like there were plenty of authentic stories to tell within the Valdosta Wildcats football program.

It could’ve been done without throwing Grayson Leavy on screen and forcing us to listen to him say, “I’m juggling a relationship with Lenley [Gross], then I got stuff going on with Zoey [Watson]. Everything is just drama, drama, drama.”

You mean to tell me that wasn’t scripted?

Reality TV isn’t reality and “Titletown High” does little to nothing to prove that statement wrong.

Honestly, I hope all the high school drama in the show was scripted because if not then I feel horrible for some of the girls like Zoey and how they process their feelings.

“I don’t have a crush on you, but if you asked me out right now, I would say yes,” Zoey said. “Definitely.”

That just doesn’t make any sense to me, so I don’t want to delve into her thought process any deeper.

As Grayson tried to explain to her how he felt, which was that she gave him butterflies and he had a crush on her, he used phrases like, “I have a butterfly crush on you, no cap.”

Another plotline I didn’t get was that Grayson didn’t want to be with Lenley because she couldn’t handle staying sober and giving up partying.

This girl was 16 at the time of filming. Does she not understand that her mom was going to see her say that on Netflix of all places? Is it even true, or is it just a stupid reality TV subplot?

So many questions and so much frustration with the current state of TV in America coming from this viewer.

Safe to say I didn’t appreciate the phony love triangle scenes and all the commentary about love—the greatest emotion of all—from young and inexperienced kids, but I’m not a cynic who focuses on everything wrong with something, so we will move on.

Amari Jones was the star of the show in my eyes. He had his flaws, but his story and growth were the saving grace of the entire show.

Now, Jones is a three-star quarterback in his senior year at Bradford High School in Starke, Florida. He currently has football scholarship offers from 14 schools, including Yale, Princeton, Akron, FIU and Alabama.

Jones is obviously doing well for himself now, but when you meet him in “Titletown,” he’s a young quarterback who is looking forward to starting his first full season before star quarterback Jake Garcia moves to town from Los Angeles and takes the job.

After one game, Garcia is ruled ineligible and Jones becomes the starter again.

This begins his journey of becoming the leader of the team throughout the rest of the series.

It is filled with a lot of highs and lows as Valdosta struggles to win and Jones doesn’t play up to his potential.

You can almost see the chip and the weight he carries on his shoulders after getting yelled at by controversial—and since-fired—head coach Rush Propst again and again and again.

If you’re like me, you find yourself rooting for Jones the entire time because of his calm and humble demeanor, and when he comes into his own, it makes every single one of the eight cringe-filled episodes worth the pain of watching.

Propst is a good football coach, but the man just can’t stop creating scandals and getting run out of town.

This was an interesting plotline throughout the show. You can begin to feel the disconnect between Propst and some important members of the Valdosta Touchdown Club.

You can tell that something is going to happen at some point, so this was a plot point that I enjoyed following along with. This is the kind of thing that the producers should’ve stuck with.

I promise you we didn’t need the teenage romance drama.

It made an otherwise quality documentary for high school football fans more of a short-lived trendy Twitter topic for the kids of America.