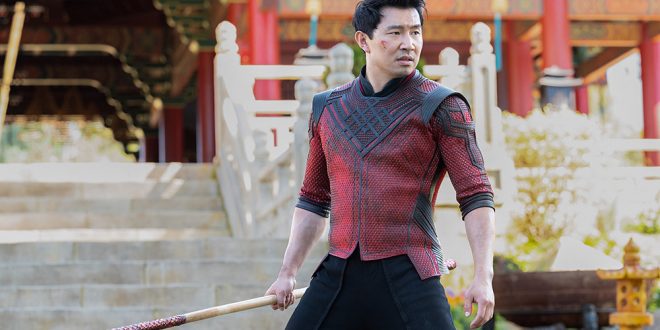 Marvel released the new movie, “Shang-Chi and the Legend of the Ten Rings”, starring Simu Liu on Sept. 3.

The movie’s budget was $150-200 million; however, according to Forbes, the movie has topped the domestic box office for the second Friday in a row making $9.7 million and $119.5 million for the domestic total.

The main character, Shaun, works as a valet man with his friend Katy. Shaun and Katy get attacked by men who want his jewel that his mom gave him before she passed.

Throughout the movie, Shaun and Katy work together to stop his father and his 10 rings from opening a gate that hold many evil creatures back from the outside world.

“Shang-Chi” was a very solid movie, it starred well-known actors such as Nora Lum, who goes by Awkwafina, Ronny Chieng, Benedict Wong, Ben Kingsley and Simu Liu who was Jung on Netflix’s Kims Convenience.

Because of these actors, the movie had a lot of excellent acting, it felt like they each had great chemistry with each other, and it made the movie feel more realistic.

Another great aspect of the movie was the graphics. There were many made up animals, but I thought Marvel did a great job with making each animal seem realistic. It was very evident that the designers and editors put a lot of work into that part of the movie.

The graphics that followed the 10 rings each time it was used seemed standard with other Marvel movies. They were just as good as Thor’s lightning or Iron Man’s laser beams.

There was a ton of action throughout the movie, and in each fight scene, I thought the choreography was very good. The scenes were seamless, which allowed the movie to feel more realistic.

Overall, I would highly recommend this movie.

The movie never indicated that there were other superheroes in the world. It was a stand-alone movie from the rest of the Marvel films.

Marvel is well known for the movies that they produce and how they are usually well put together, and “Shang-Chi” was no different.

The movie is not as humorous as other Marvel movies, but with how well the plot and story were told, this a very good Marvel movie.