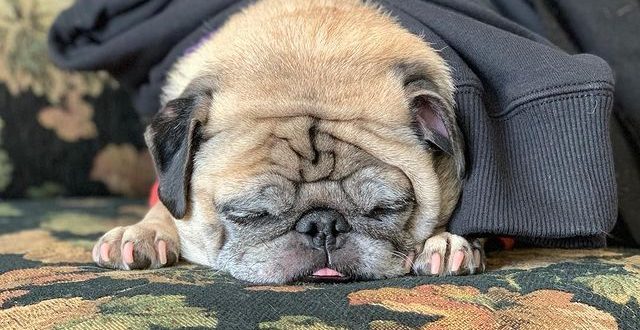 The new groundhog: Noodle the pug

If Emmaline Childs, a TikTok influencer from Minnesota, had said, “Mercury might be in retrograde, but the pug had bones,” just two months ago, she would sound absolutely crazy, but the trend known as “No Bones” has taken over the internet, and the world has been able to fall in love with Noodle the pug.

Noodle is a 13-year-old pug owned by Jonathan Graziano, the well-known TikToker who uploads videos of the pug and narrates the meaning behind his actions.

They’ve been doing this for years, when he has said that it cannot be forced. Noodle has to be “a special kind of mushy” to be able to do this, according to Graziano.

The method is simple: Jonathan holds up a sleepy Noodle, and depending on his reaction, it is declared a “bones day” or “no bones day.”

A “bones day” is when Noodle stands up, declaring a day for productivity and action. It’s a good day where you’re allowed to indulge.

On the contrary, a “no bones day” is when Noodle flops back down into bed, a day of calm and rest. It’s not a bad day, but a day where you can cancel plans and let yourself breathe and rest from the day-to-day.

This trend has become familiar to most people on TikTok, and even around campus, students have given their commentary on it.

“If I’m having a bad day, and it ends up being a bones day, I’ll think ‘it’s a good day, it’ll be fine, it’ll pass’,” Kailey Richmond, a freshman criminal justice major, said.

“Instead, it helps me decide how to treat myself based off the day,” Richmond said.

Noodle the pug has reached millions of people through TikTok and has ended up becoming a beloved character known by people across the internet and even here at VSU.

Whether today is a bones day or a no bones day, everyone can be sure that Noodle and Jonathan will be there to tell you the verdict.

Previous ‘Venom: Let There be Carnage’ draws fans in for a sequel, now a top grossing film of 2021
Next Cross country teams finish in top 15 at region championships